Dr. Debbie Chachra presents how renewable energy has the potential to transform the material world. 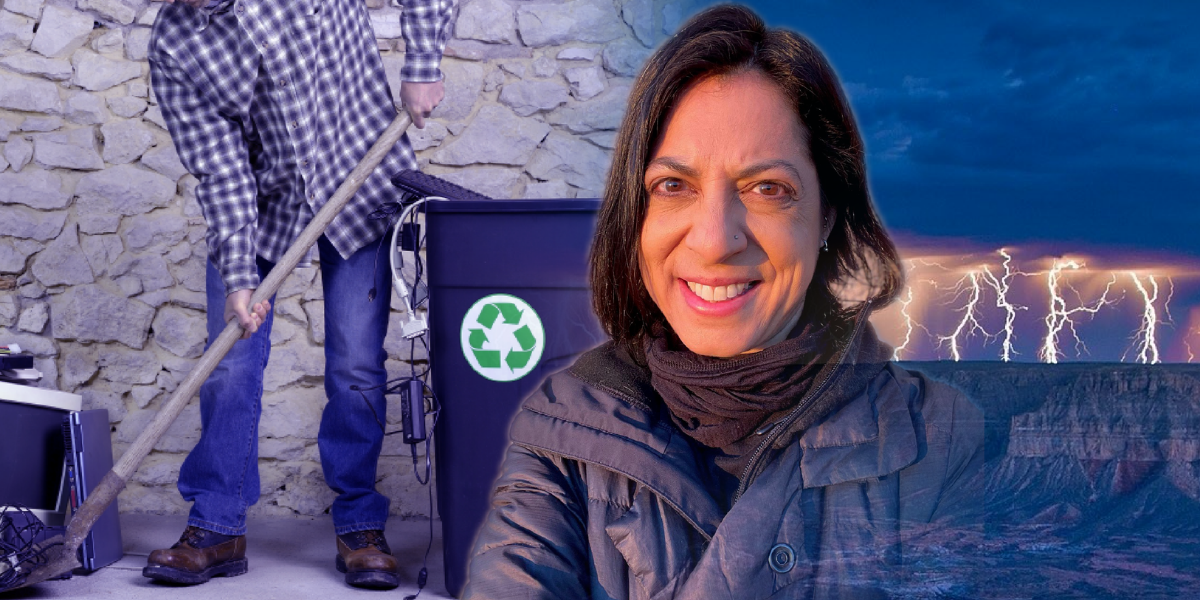 There’s a conception of the digital world as being weightless, immaterial and ephemeral – a vision of pixels flickering around on the screen. The reality of these conceptions comes when you talk about things like the Cloud, or Cloud computing, because the Cloud is something that seems weightless, immaterial, floating, and transient, but the average physical cloud weighs somewhere in the neighborhood of 500 tons and is deeply engaged with energy.

Dr. Debbie Chachra, a Professor of Engineering and one of the earliest faculty at Olin College of Engineering in Needham, MA, gave a presentation for the Dean’s Lecture Series on how information technologies are just the newest and most glamorous example of a centuries-old project: the creation of networked, collective infrastructural systems to transport atoms (including water, fuel, goods), energy, and bits from where they’re created to where they’re consumed, in order to provide their users with unprecedented individual agency. These global systems are made possible by increasingly complex technologies, the transformation of raw materials into the networks themselves, the devices we use to access them, and above all, they are powered by exponentially increasing amounts of energy.

“If you have heating, electricity, portable water coming to your house, sewage disposal, and access to telecommunications, most of your basic survival needs [are] met by collective systems. That’s one of the reasons why secure housing is so important because, among other things, it connects us to these infrastructures and shared systems,” said Chachra.

Renewable energy is abundant, extremely inexpensive, and becoming more efficient, which Chachra says makes the economic case for switching computation over to renewable extremely clear. Amazon, which became the largest corporate purchaser of renewable energy, and Microsoft, which announced its plan to become carbon negative by 2030, are prime examples of large companies adopting renewable solutions.

However, we often ignore the associated material realities, such as the costs and harms of energy generation and production of goods. From greenhouse gas emissions to e-waste, the digital world has its feet firmly in the material one, but startups like Ascend Elements and Twelve.co are using energy and technologies to focus on closing this material loop.

“We’re used to thinking about energy as being a limiting factor, but treating physical objects as disposable. The reality is exactly the opposite,” said Chachra.

You can watch the full Dean’s Lecture Series event below or watch it on YouTube here.