The Search for Wisdom, Understanding, and Knowledge

How Jewish ethics and law can be applied to new technological discoveries of the online environment, the arts, and more. 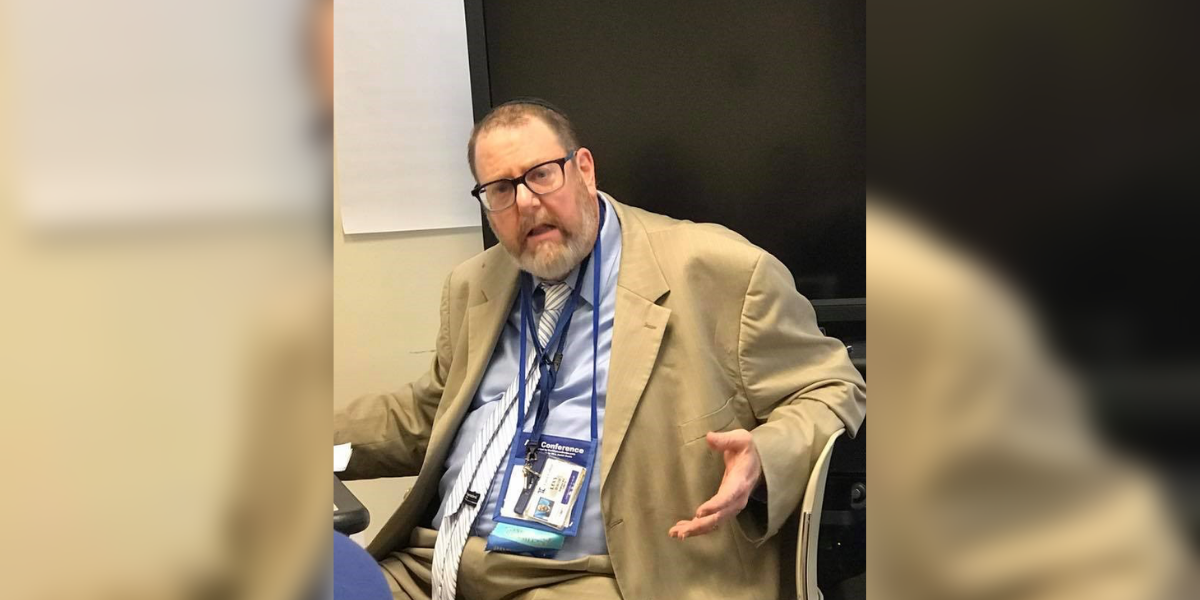 Image courtesy of the Association of Jewish Libraries

Dr. David B. Levy’s choice to pursue a Master’s of Library Science (MLS) degree with a focus on Judaica librarianship at the University of Maryland was based on a love of cherishing and revering texts—a love instilled in him by his parents, who placed great importance on education. David is an autodidact who has explored several interest areas, such as library science, arts and humanities, social and behavioral science, and technology, across more than 50 books and hundreds of papers, reviews, and essays, nearly all tied into Jewish traditions and studies.

The MLS program at the College of Information Studies prepared David to conduct the deep, involved research necessary for his own and others’ scholarship, as well as become a first-class bibliographer. He gained skills in interpreting maps, mastering various languages such as Hebrew, Yiddish, and Russian, and modern languages, and even prepared him for genealogical research, which he invokes in his book Gluskin Family History, a primary research piece where he draws on many languages and original interviews.

David’s lifelong love of textual learning and commentary can be seen in his five-volume The Art of the Book Review and Topics in Judaica Librarianship, as well as the mission invoked by the great Jewish philosopher Maimonides in search of wisdom, understanding, and knowledge, noted in his book Rambam: Philosopher, Talmudist, Physician. By pursuing a MLS degree, David could devote his life to this mission and to a life of the mind generally.

“Library school can teach you how to interpret, access, and organize data to arrive at something focused for and relevant to archivally-researched books,” David said.

During his time in the MLS program, he had access to an extensive Jewish Studies’ collection available at the University’s library which greatly enhanced his knowledge of the field and related disciplines. He was also able to attend lectures in the University’s Jewish Studies Department which included such scholars as Chip Manekin, Adele Berlin, Bernard Cooperman, and visiting guest lecturers such as Jonathan Sarna, Moshe Idel, and Dovid Katz.

In recent years, David has spent much of his time writing papers and books on the ethics of online environments, specifically on digitization, database construction, privacy issues. In Ethical/Halakhic Perspectives in Judaica Librarianship, he covers these topics, along with chapters on applying Jewish texts, such as the Lashon hara, to these online environments which can be referenced while addressing how negative and defamatory online speech can be easily and quickly disseminated. The laws of Lashon hara provide a sort-of check-list that can be referenced while drafting a message that might be deemed defamatory, ensuring that someone is given “gravitas” or dignity.

“I sought to apply the findings of Jewish ethics and law to new technological discoveries of the online environment. One essay applies the Chofetz Chaim’s laws of prohibition of gossip, slander, libel, false witnessing, perjury, and defamation to the online environment where with the click of the mouse, such unwelcome and unethical speech can be disseminated -hurting and embarrassing others by cyber bullying,” David said.

David has reviewed a number of books on privacy issues and conducts his own research on the ethics of privacy as it relates to Jewish texts. He has examined visual surveillance technology, censorship of content, spyware used to target and market to users, digital transactions, such as sending email, streaming music, and making a purchase using credit cards, and many other common digital practices within the rules of Halakhah (the rules by which Jewish people regulate their daily lives). David is also interested in the evolution of technology and its applications, specifically in librarianship, and how ancient Jewish teachings from the Talmud can help inform how to ethically use these technologies in a morally and accountable way.

“It’s not so much about data, but what we do with this flood of information. You have to train people to think critically, to get down to the roots of problems, and then problem solve. But you can’t do that without knowing the origins.”

Over the years, David became interested in collection development policy and why libraries should collect the residua of previous cultures. In his book, The Jewish Arts, he looks at film, architecture, theater and dance, television, and many other mediums. In one of his essays in Topics in Judaica Librarianship he examines real images and stereotypes of Jewish librarians in film, TV, and literature.

In additional essays, he has examined the study of lexicography, internal and external censorship of the Talmud and other Jewish texts, and draws comparisons between the original Jewish encyclopedia, written at the beginning of the 20th century, with its later variations. He also researches the ethics and politics of translation, which remains a popular topic in library science today. He has even translated works into English, including Pierre Rayer’s Traité des Maladies des Reins et les Altérations de la Sécrétion Urinaire, which had never been done before.

David has worked at the Enoch Pratt Free Library in Baltimore, MD in the Humanities Division, while continuing to teach himself and learn about Jewish topics. He taught at Ner Israel High School, as well as worked in their library after earning his PhD in Philosophy in 2002. David eventually went on to work at Touro College in New York where he served as a librarian and eventually became chief librarian of the Lander College for Women Library for many years.

At present, David is working on a book about King David, based on traditional rabbinic sources, as well as an analysis of how biblical sources have been refracted through many Rabbinic lenses by drawing on classical biblical rabbinic exegesis. You can check out David’s full collection of works by visiting Touro Scholar or his YouTube channel which contains lectures on his literature.

May is recognized as Jewish American Heritage Month. This month, UMD honors the impact of Jewish Americans at the University and beyond. Learn more about how the iSchool is Honoring Heritage months.