To increase female-identifying and non-binary students graduating with a tech degree at UMD by 12.5% in the next 5 years. 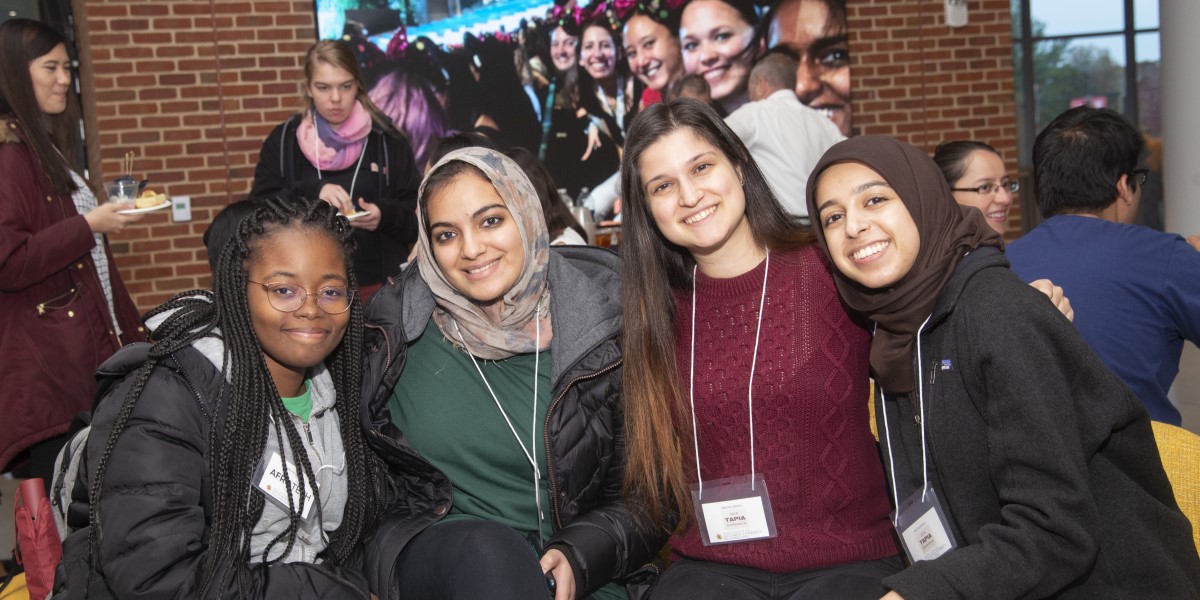 The University of Maryland will build programs to propel more students who identify as women and non-binary into tech education—and ultimately tech careers—thanks to a new partnership with Break Through Tech. The goal is to increase the number of these students graduating with a tech degree at UMD by 12.5 percentage points by 2026, through curriculum innovation, career access and community building.

“The University of Maryland is committed to making computing inclusive and accessible for all,” said UMD President Darryll J. Pines. “Break Through Tech will contribute to our efforts with programs focused on increasing the graduation rate and success of the nearly 1,000 women in our computer science and information science majors.”

UMD and George Mason University will be joining Break Through Tech as it expands from its hubs in New York City and Chicago to D.C. This expansion was made possible through the Gender Equality in Tech (GET) Cities initiative, which is led by a $50 million investment from Pivotal Ventures, the investment and incubation company created by Melinda Gates, as well as an additional $7 million investment from the Cognizant U.S. Foundation and Verizon. UMD’s Break Through Tech program will be administered by the Iribe Initiative for Inclusion and Diversity in Computing in partnership with the College of Computer, Mathematical, and Natural Sciences (CMNS) and the College of Information Studies (iSchool). 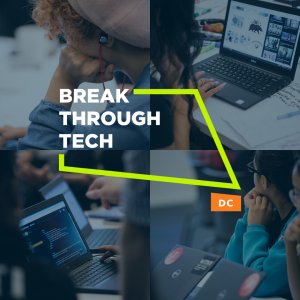 “Break Through Tech’s programs and the expansion of our existing programs will greatly increase impact toward improving computing education and successful degree completion by a greater diversity of participants,” said Jandelyn Plane, director of the Iribe Initiative for Inclusion and Diversity in Computing and director of the Maryland Center for Women in Computing. Plane is also a principal lecturer in the Department of Computer Science.

UMD’s Break Through Tech program will include:

“We have one of the largest groups of women and non-binary computing students in the country here at the University of Maryland,” said CMNS Dean Amitabh Varshney. “We are excited that this new grant from Break Through Tech will allow us to engage these students the minute they step on campus through experiential learning and networking with the regional computing community, which will lead to long-term career success.”

In Break Through Tech’s founding city, Cornell Tech partnered with the City University of New York (CUNY), which saw an increase in the number of women pursuing computer science bachelor’s degrees by 61% since Break Through Tech New York launched in 2016.

“Participating in the Break Through Tech program to increase the graduation rate of women in UMD’s computer science and information science programs aligns with the iSchool’s long history of advocacy,” said iSchool Dean Keith Marzullo. “The program, which will bring together computing majors from both CMNS and the iSchool, will also serve as a way to rethink how we can more collaboratively deliver education at UMD to better serve other underserved populations.”

The combination of the current economic crisis brought on by the COVID-19 pandemic, along with the national awareness of COVID’s outsized impact across gender, race and other underrepresented identities in society, makes this a critical time to scale a movement toward equity in tech—an industry with the growth potential to support the kind of economic empowerment that should be available to everyone.

“GET DC will impact an emerging tech hub that’s bustling with opportunity for women and underrepresented groups in an industry that continues to trend majority male and white,” said Judith Spitz, founder and executive director at Break Through Tech. “Break Through Tech will work towards tackling two key hurdles for women—access and experience.”

About Break Through Tech
Launched at Cornell Tech, with support from Pivotal Ventures, Cognizant U.S. Foundation, and Verizon, Break Through Tech provides curriculum innovation, career access, and community building for women in tech. The program originated in 2016 as a program called Women in Technology & Entrepreneurship New York (WiTNY), created at Cornell Tech in partnership with the City University of New York (CUNY) and a broad set of industry partners. Now Break Through Tech is replicating the highly effective ecosystem model originated in New York City to increase women’s representation in computing graduates across the United States. To date, the program is in New York City, Chicago and the D.C. Metro Area.

About the College of Information Studies
Founded in 1965 and located just outside of Washington, D.C., the University of Maryland College of Information Studies (UMD iSchool) is a top-10 ranked research and teaching college in the field of information science. UMD iSchool faculty, staff and students are expanding the frontiers of how people access and use information and technology in an evolving world—in government, education, business, social media and more. The UMD iSchool is committed to using information and technology to empower individuals and communities, create opportunities, ensure equity and justice, and champion diversity.

About the College of Computer, Mathematical, and Natural Sciences (CMNS)
The College of Computer, Mathematical, and Natural Sciences at the University of Maryland educates more than 9,000 future scientific leaders in its undergraduate and graduate programs each year. The college’s 10 departments and more than a dozen interdisciplinary research centers foster scientific discovery with annual sponsored research funding exceeding $200 million. The Department of Computer Science is one of those departments, with 50 faculty members who have been recognized with membership in the National Academy of Engineering, fellowship in professional scientific organizations including ACM and IEEE, National Science Foundation Faculty Early Career Development awards and Sloan Fellowships. The department, in conjunction with the University of Maryland Institute for Advanced Computer Studies, receives over $25 million annually in external research funding.