What was a safe place during his childhood is now a place that has become his career path. 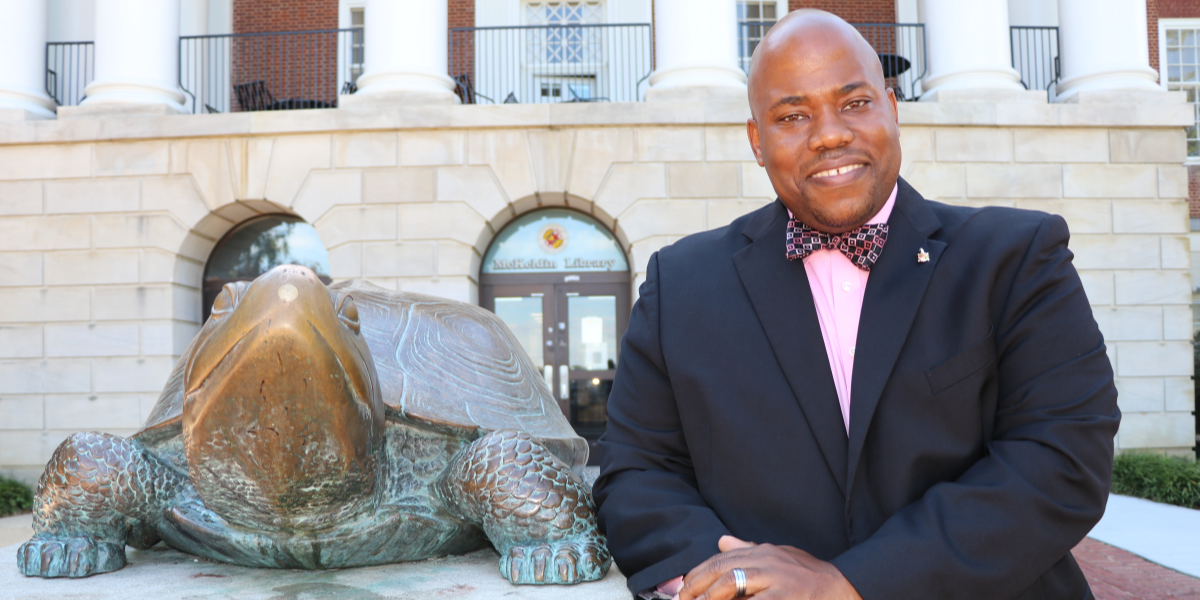 In August ALA announced the winners of the 2022 ALA Spectrum Program Scholarship. This year, University of Maryland College of Information Studies student Aaron Wilson was announced as a recipient of this prestigious award. He is a final year Master of Library and Information Science (MLIS) student.

This highly esteemed scholarship program was established to recruit, cultivate, and provide scholarships to students who are part of underrepresented communities. The program is designed to assist these students in their pursuit of a graduate degree or a leadership position within the ALA profession.

Requirements for application include high markings along with letters of recommendation. The program is even more competitive if you consider that the number of applications they receive is 4 times greater than the number of scholarships that are awarded.

Aaron Wilson is an MLIS, independent track student, focusing on a combination of Diversity Equity and Inclusion, and Government Intelligence and Analytics. He is currently working as the Government Documents Coordinator at the McKeldin Library where he applies metadata to government documents.

He spent his undergraduate education career pursuing a degree in history from Washington Adventst University. While there, he interned with the university’s Archives Department. His internship mentor was a former UMD Info Studies student who talked to him about the College of Information Studies. It was at this time when he decided to enter into the Library field. He realized that his undergraduate studies in American History and the internship in archives helped him form an interest in the Library field. But even as an elementary school child he remembers when his mother took him to the library. It was a safe place to go, with many things to do.

His immediate goal is to apply the skills he has acquired to his current position. In the long term he would like to make government documents more accessible to the public. Regarding his educational goals, he is contemplating a doctorate degree in either education or library studies.

Even though his culture didn’t necessarily influence his career choice, As the winner of a scholarship program he is not oblivious to the fact that he is an African American male who is pursuing a Library career, and his level of achievement as an example for other younger African American students.

During his spare time, he likes to garden. He cultivates different varieties of hot peppers such as ghost and tridents which are used to make hot sauce. Other activities include genealogical research for his family and friends. He serves as a member of his church choir, and as a mentor for children in the Pathfinders youth organization. He has a pet cat at home named Musa..

“Team of Rivals: The Political Genius of Abraham Lincoln by Doris Kearns Goodwin”
The book is engaging for me from a historical perspective (he enjoys historical biographies). Second, he appreciates the way Goodwin presents Lincoln to be more relatable to the average person, through his ambitions and faults. Lastly, how Lincoln was willing to include various political opponents, many with strong personal ambitions and opinions, into his cabinet to enact effective policy that would forever impact this country and their view of his leadership.