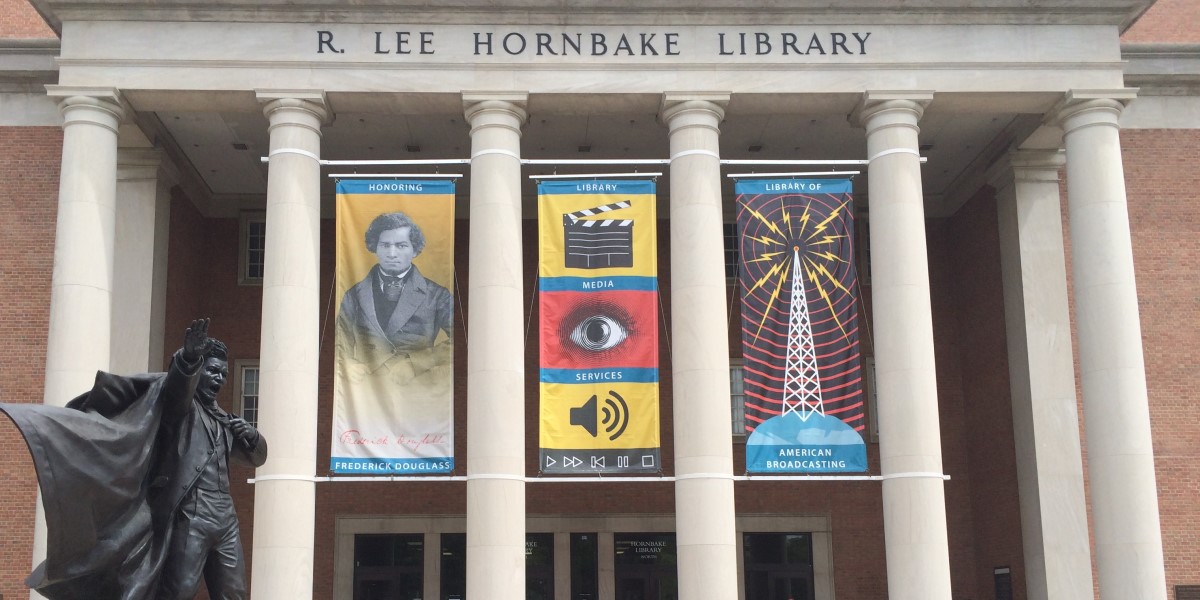 The University of Maryland College of Information Studies (UMD iSchool) applauds all of the Black alumni of its library and information sciences (LIS) programs who are helping to reshape the norms of the field—expanding the diversity of both people and ideas within information institutions and within the communities that they serve. Here we recognize six exceptional leaders: 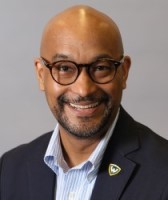 Dr. Jon E. Cawthorne, Dean of the Wayne State University Library System and the University’s School of Information Sciences, is a visionary in the field of information sciences. Since he began his library leadership career in Detroit as director of the Detroit Public Libraries’ flagship branch, later named interim deputy director leading the entire 24-branch system, he has worked to develop library systems into information hubs, research labs, and community workshops—providing a space to share ideas and ideals about research, diversity, social justice, community engagement, and educational equity. Dr. Cawthorne is also a contributor to LIS scholarship with publications including “On Becoming: The ten thousand hours towards positive leadership”, “Scenario planning to create future scenarios: A Guidebook for Librarians” co-authored by Joan Giesecke,  and “Leading from the Middle: An Examination of Shared Leadership in Academic Libraries.” Recipient of the 2020 UMD iSchool Distinguished Alumni Award, Dr. Cawthorne, holds an MLS degree from the UMD iSchool and a PhD in managerial leadership in the information professions from Simmons University. 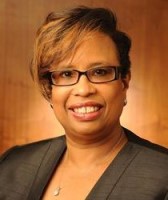 Michelle Hamiel is known and respected throughout Maryland Libraries as an extraordinary leader with enhanced leadership skills and exceptional judgment. Her seasoned experience, dedication, and leadership skills as Chief Operating Officer for Public Services for the past seven years has contributed to some of the Library’s most high-profile initiatives – LINK, a program providing library access to all county public school students, and the circulation of Kajeets, similar to hotspots, that allows home internet access for customers. As Chief Operating Officer, Hamiel leads the day-to-day operation of 19 Prince George’s County library branches as well as the county detention center library. She is helping Maryland libraries navigate Equity, Diversity, Inclusion, and Anti-racism efforts as she facilitates both the MLA and Maryland State Libraries’ taskforce for equity and diversity initiatives. Michelle is a James Partridge award winner. She holds a Master’s degree in Library Science from the UMD iSchool and a Bachelor’s of Science degree in Business Administration. She also receives inspiration from her students at the University of Maryland iSchool where she serves as an adjunct lecturer. 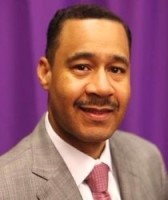 Julius C. Jefferson Jr. is President of the American Library Association (ALA) and a national spokesperson and advocate for library workers, championing the value of services provided by librarians and career opportunities provided to librarians. He is frequently called upon by organizations and media to speak on issues of importance to library workers such as diversity and professional development. Jefferson is a forward-thinking leader focusing on how the ALA, hand-in-hand with libraries across the USA, can continue to modernize and stay relevant to the communities they serve. Jefferson stepped into this significant role in 2020 with 15 years of service to the ALA, previous leadership positions with the Freedom to Read Foundation, DC Library Association, and BCALA, and an MLS from the UMD school. Among many awards, Jefferson was the recipient of the 2010 Congressional Research Service Special Achievement Award as well as the 2019 ALA Equality Award for his commitment to diversity and inclusion and focus on the rights of underrepresented library workers. 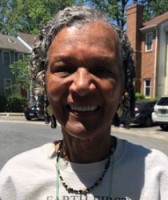 Glennor Shirley, author, national social justice advocate, retired Library Coordinator for Maryland prisons, and former President of the Maryland Library Association, began her career as a bookmobile librarian in her home country of Jamaica. Glennor (first name preferred) moved to the USA in the 1980s and while earning her MLS from the UMD iSchool, took a part-time job at a local prison library. The neglect that Glennor saw of prisoners’ education catapulted her to become one of the most respected leaders of library services, educational resources, and information access for prison communities. Glennor developed software to teach prisoners how to use the internet, founded programs for inmates to read with their children, secured funding for a bookmobile program that provided inmates with reentry support, and much more. In 2020, she published the book, “Journal of the Librarian Who Went to Prison for Money,” and continues today to volunteer for the Maryland Alliance for Justice Reform. Glennor also earned a Master’s in Administration from Johns Hopkins University and throughout the past four years, has been a Facilitator for a Howard County program initiated by Elijah Cummings, “Courageous Conversations on Race and Faith,” that brings together community members across faiths. 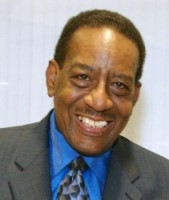 James C. Welbourne (decd.) was the first Black City Librarian for New Haven, CT. He was passionate about public service, known as an intellectual, and known for his peaceful determination to pursue his dreams and ideas despite cultural and historical mores. As a youth, Welbourne was one of the first Black students to participate in a newly integrated Baltimore high school and went on to earn his MLS at the UMD iSchool in 1970, making him one of the first students of the college. Prior to his career in New Haven, Welbourne served in leadership roles at the Enoch Pratt Free Library in Baltimore and the Carnegie Library in Pittsburgh, PA. He deeply believed in the library’s role in enriching lives, and considered the greatest achievement of his career to be the opening of the Courtland Seymour Wilson Library branch in New Haven. But Welbourne’s true legacy lies in the profound effect he had on the countless men and women he mentored and taught throughout his career, many of whom went on to lead major library systems and teach in the library education field. Welbourne was the recipient of the UMD iSchool Distinguished Alumni Award in 1999. Born in 1942 in Baltimore, MD, Welbourne passed away in 2011 in New Haven, CT. (Photo by New Haven Register) 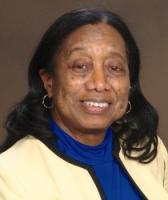 Dr. Arthuree R. M. Wright is a board member for Maryland’s Prince George’s County Memorial Library System, retired Associate Director of Information, Instruction, and Resource Services at Howard University, and former MIT Science Librarian. With degrees in mathematics and LIS, including a PhD from the UMD iSchool, Dr. Wright is fueled by a passion for STEM, social and cultural equity, and forward-looking library services and programs. In the 1990s, when interconnected networks and social media were just launching, she established digital learning rooms in Howard libraries and a library-based CyberCamp program to strengthen the IT skills of local youth. Dr. Wright also served on a multidisciplinary faculty team at Howard that developed an interdisciplinary research course exploring the multifaceted impact of Hurricane Katrina. She served as a field reviewer for the Institute of Museum and Library Services and a peer reviewer for The Journal of Negro Education. She also lectured at the UMD iSchool and contributed to the landmark publication, “African American National Biography,” with the stories of thousands of Black individuals who have helped to shape our nation. Dr. Wright is the recipient of the 2016 James Partridge Outstanding African American Information Professional Award and the 2018 Albert Nelson Marquis Lifetime Achievement Award.

The UMD iSchool is proud to be a leader in encouraging a diverse and welcoming student body. Today, with students coming to us from over 49 countries, the college is a hub of new ideas, dialogue, and innovation. Alumni of the UMD iSchool are prepared to be changemakers in the LIS industry. Please visit our website to learn more about the UMD iSchool’s history of activism and diversity initiatives today.