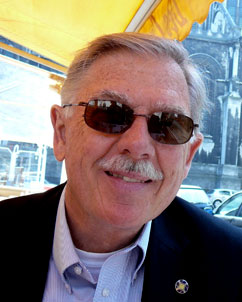 Charles B. Lowry has had a 50-year career in US higher education.  He retired as the Executive Director of the Association of Research Libraries (2008-14). Prior to that, he was the Dean of Libraries at the University of Maryland College Park (1996-2008). Lowry has directed five academic and research libraries, including service as University Librarian at Carnegie Mellon University.

Lowry has been the principal investigator on Federal grants and foundation grants; has served as a consultant on library building projects, technology, organization, and management; and has published articles and commentary on library management and organization, information technology, and cooperation. He is the past editor and founding associate editor of Library Administration and Management the journal of the Library Administration and Management Association.   Lowry is the founding executive editor (2000-03) and Editor (2004-08) of the journal portal:  Libraries and the Academy from The John’s Hopkins Press of which he is Editor Emeritus.