Dr. Frias-Martinez and team are to build an app for Baltimore residents to contribute their ideas and travel data, a public dashboard to view and discuss the data, and a simulator to test the impact of proposed solutions at a city scale. 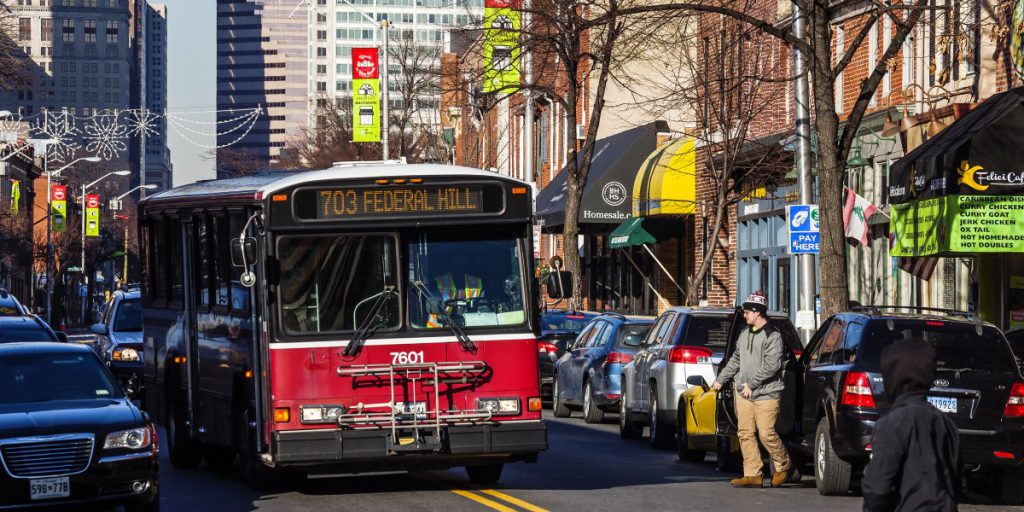 A multidisciplinary team of University of Maryland researchers is partnering with public officials, transit advocacy groups and other universities to improve transportation options for Baltimore City residents, particularly those in low-income neighborhoods that rely on bus and light rail systems.

Be an Advocate for pubLic TransportatiOn (BALTO) joins UMD faculty from the College of Information Studies (iSchool) and the School of Architecture, Planning and Preservation with researchers at Morgan State University and the University of Baltimore. Together, they will develop and deploy a digital toolkit designed to spark community-informed, actionable transportation solutions for eight yet-to-be-identified neighborhoods in Baltimore.

The four-year project, which launches on Oct. 1, is funded by a $2.35 million grant from the National Science Foundation’s (NSF) Smart and Connected Communities Program. It builds on the team’s prior work in 2017, also funded by the NSF, which identified barriers to technology, transportation and opportunity in West Baltimore.

One goal of the NSF-funded endeavor is to identify and address socioeconomic disparities within large public transit systems, said Vanessa Frias-Martinez, an associate professor in the iSchool and principal investigator of the project.

Frias-Martinez, who has a joint appointment in the University of Maryland Institute for Advanced Computer Studies, said that the urban transit planning process often overlooks the needs of lower-income residents—people that require multiple bus transfers with long wait times, supplemented by a light rail trip or the use of a rented electric scooter.

“With the information supplied by our digital toolkit, city and state transit officials will be able to better engage residents in a collaborative effort to understand the geographic mobility challenges of those with limited means, and then take steps to address these challenges,” she said.

The key, Frias-Martinez explained, is improving on current methods of tracking both public transit usage and quality of service benchmarks. Several smartphone apps have attempted to address these gaps, she said, but they often fail to collect all multimodal trip information or consider the economic feasibility of multiple transfers.

To address these discrepancies, the research team will develop BALTOApp, the first of three digital platforms that make up the BALTO toolkit. The app will be used by a select group of transit riders, collecting detailed GPS and survey data of their trips, providing researchers for the first time with the full spectrum of the complexities faced by these urban travelers.

“We need to view these performance metrics through an equity lens,” said Celeste Chavis, an associate professor in the Department of Transportation and Urban Infrastructure Studies at Morgan State University and a co-PI on the project. “While an Uber can whisk commuters to their destinations, it’s often untenable for those with limited incomes. And the subway system isn’t a good option for people who work off-hours. Better user-data can help us identify solutions.”

Two Baltimore-based transit advocacy groups, the Central Maryland Transportation Alliance and Baltimore Transit Equity Coalition, will assist the Housing Authority of Baltimore City in the recruitment of 1,000 residents from lower-socioeconomic neighborhoods to take part in the NSF-funded study.

“We recognize that residents in different areas of Baltimore have distinct transit needs, and our hope for this project is that it will help us make data-driven decisions on how to best focus our resources,” said Teddy Krolik, chief of engagement at the Maryland Transit Administration, the state agency that will play a role in determining future public transportation options for the city.

Once the data is collected, the BALTO researchers intend to use new technologies in data science and machine learning to analyze and identify statistically relevant patterns. This will allow unprecedented levels of detail and complex simulations that can be used by planning officials.

The first two years of the project will be focused on the development of the BALTO toolkit. In addition to the BALTOApp, the team will design BALTODash, a dashboard for all stakeholders to view, analyze and discuss the data collected; and a robust simulator, BALTOSim, which will allow the researchers to test the impact of proposed solutions at a city scale.

Vitak will help in identifying potential privacy barriers—people reluctant to participate in the study because they don’t want their locations tracked—and will develop guidelines and policies for the NSF project to alleviate those fears.

Iyer is tasked with developing public transparency and civic engagement ideations for the project, helping stakeholders involved in the study integrate better with technology to have their voices heard in a meaningful way.

Erdogan, who is also the director of the Transportation Policy Research Group at the National Center for Smart Growth Research and Education, is leading the BALTOSim portion of the project.

After stakeholders make their transit recommendations—such as adding a bus stop or tweaking a route—Erdogan will model how those interventions may not only change the mobility in a neighborhood but impact the system as a whole.

Driving all of the BALTO team’s activities, Frias-Martinez said, is a “human-centric” approach to the data—making sure that the transit users participating in the project understand that their personal information is secure, that details of the project are publicly available, and that ultimately, their voices are heard by officials able to make the needed changes.

“These tools have been designed to empower the transit resident from a study participant to an engaged citizen,” said Frias-Martinez.