Putting the ‘AR’ into Art 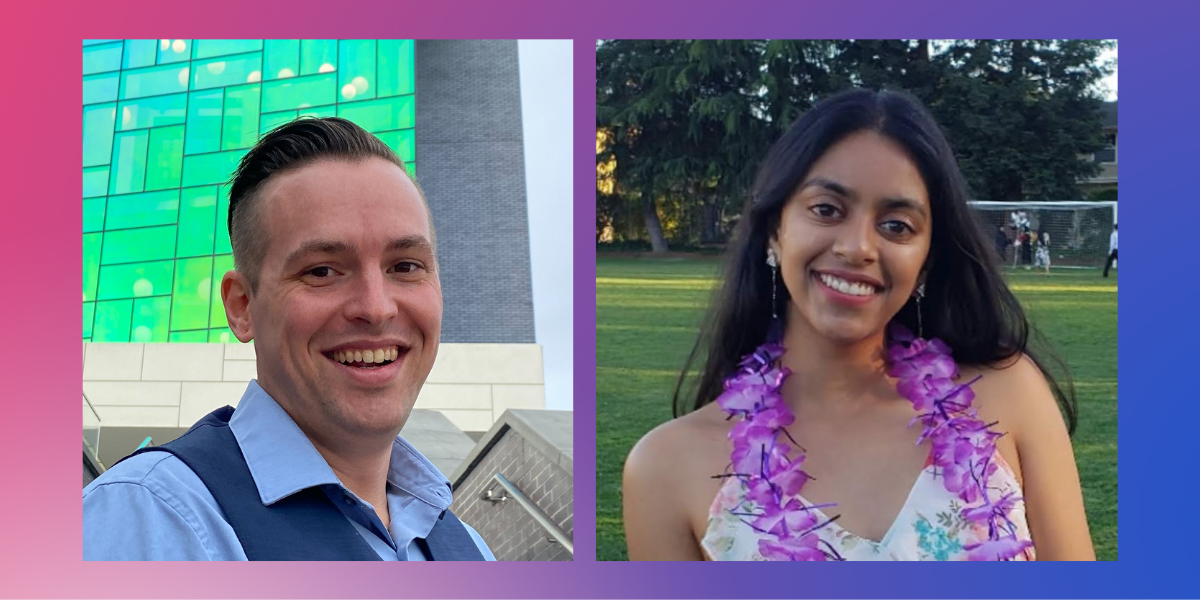 AJ Rudd, an HCIM student, and Aishwarya Tare, an Information Science student, participated in the Immersive Media + Arts for All Showcase earlier this month which immersed attendees into interactive media exhibits developed by current students and other members of the UMD community, as well as guest artists. Held from April 2-8, 2022, the Showcase demonstrates the ways that immersive media can bring the arts into dialogue with cutting-edge digital technology to transform public spaces and further social good through installations, performances and talks. 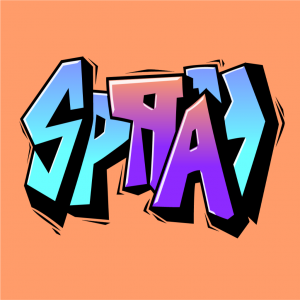 “Due to the issue of public destruction of property, graffiti is not always accessible to everyone. AR afforded us the ability to provide anyone with the experience of spray painting a building, a bridge or another area of their choosing,” AJ said.

A demo of Spray AR is available to view on YouTube which shows how a user can create graffiti on nearly any surface. The basic mechanics already in place will later be refined by AJ and his co-collaborators before introducing more complex functionalities, such as one of AJ’s original ideas to integrate blockchain technologies within the app. Blockchain would allow for verification of artworks in the real world which directly addresses the issue of graffiti’s short life in physical spaces.

The desire to bridge the gap between art and technology while also remaining local helped inspire AJ’s decision to enroll in the iSchool’s Master’s of Human-Computer Interaction (HCIM) program. AJ previously earned his Bachelor’s degree in studio art with an emphasis on sculpture from UMD in 2019. He will be graduating this May after successfully defending his Master’s thesis with plans to pursue a career in AR and eventually a PhD to land a more research-oriented role.

The idea of sending a postcard to your loved ones is all about telling them what you’re experiencing, but behind the scenery found on these postcards, there is often a sinister, not-so-picture-perfect reality. The “Sincerely, Ecocriticisms” project created by iSchool undergraduate student, Aishwarya Tare, challenges the divide between our everyday lives and the natural world by using a physical form that many of us hold nostalgia toward: postcards. Using 100% recycled card stock, Photoshop, and Unity, Aishwarya created different versions of “picture perfect” postcards to show things often omitted from the scenery that display unsustainable behaviors.

“We tend to only send postcards that have really pretty pictures, but the truth is that even on the prettiest beaches, there is trash, and boats, surfers, and other human footprints. Having to send the picture to a loved one even when it isn’t the most beautiful untouched image, forces us to rethink how we view nature as a commodity,” said Aishwarya.

Aishwarya said this idea was inspired by an event she had attended at the Smithsonian called FUTURES with artist-in-residence Carlos Carmonamedia. He had created these postcards that you can send to yourself in the future which forced attendees to reflect on their current reality.

Over the past two years, Aishwarya has been working on her startup, Chat Health, a virtual assistant she developed to help students more easily access their campus health resources and receive personalized and empathy-driven health information. Chat Health won the Quattrone Venture Track’s second-place honors at the 2022 Pitch Dingman Competition, an annual competition that provides the university’s most talented student entrepreneurs the opportunity to compete for seed funding and venture development resources. She is also an intern for the Mixed Augmented Virtual Reality Innovation Center (MAVRIC), and a Do Good Institute Fellow, where she is building an augmented reality community garden for mental health. 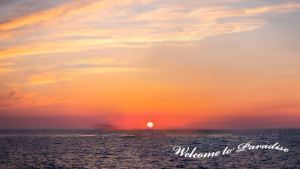 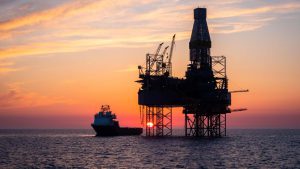 The left image shows the edited image used for the postcard with added text, and the second picture shows the original image with a ship and machinery.

More About Arts for All:

The University of Maryland’s new Arts for All initiative partners the arts with the sciences, technology and other disciplines to develop new and reimagined curricular and experiential offerings that nurture different ways of thinking to spark dialogue, understanding, problem solving and action. It bolsters a campus-wide culture of creativity and innovation, making Maryland a national leader in leveraging the combined power of the arts, technology and social justice to collaboratively address grand challenges.