Uncovering the Buried History of Baltimore’s Arts and Culture

The Inheritance Baltimore program is one of the many ways MLIS alumna, Angela Koukoui, is providing better access to her community's hidden history and culture. 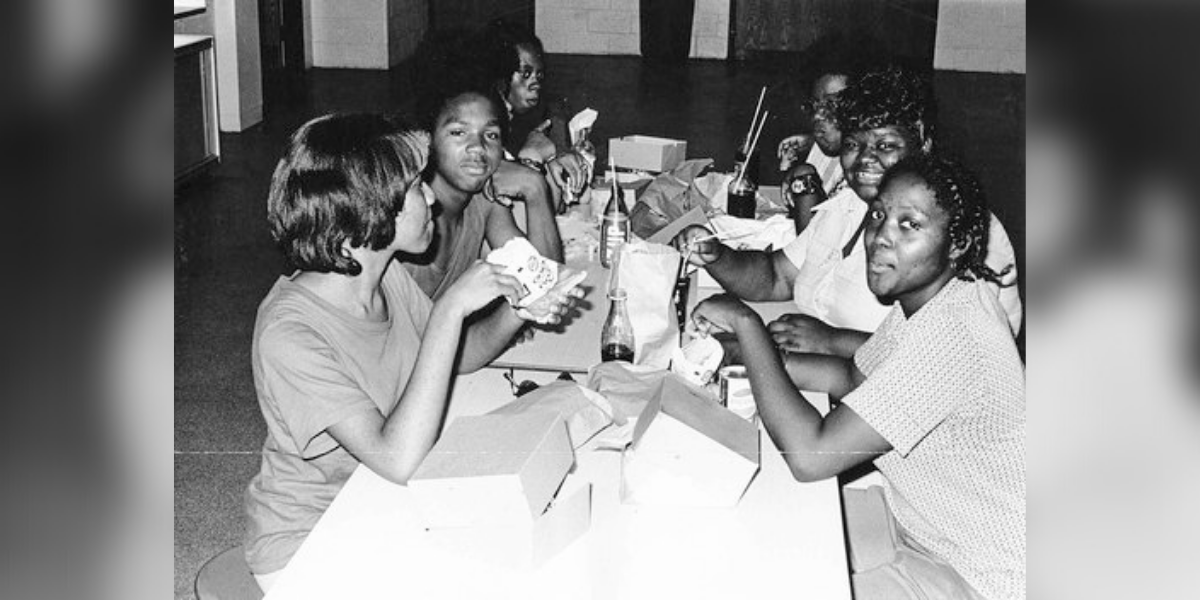 In March 1964, President Lyndon B. Johnson declared a national “war on poverty.” Two years after this resounding declaration, U.S. Congress passed the Model Cities legislation which authorized $400 million in planning grants and technical assistance to fight urban poverty. Baltimore, MD would become one of the 63 inner cities across the country chosen to receive Model Cities program funding that would be used to launch the Cultural Arts Project (CAP) in 1968.

The CAP quickly became a safe haven for the black communities living in the city, particularly during the aftermath of the Baltimore Riots of 1968 which to this day remain imprinted in the memories of those who witnessed the turmoil. For nearly 30 years, the CAP created after school and evening programs for all ages, from preschoolers to adults, offering a wide range of subjects including creative writing, arts and crafts, photography, dance, bongo, guitar, and piano lessons. 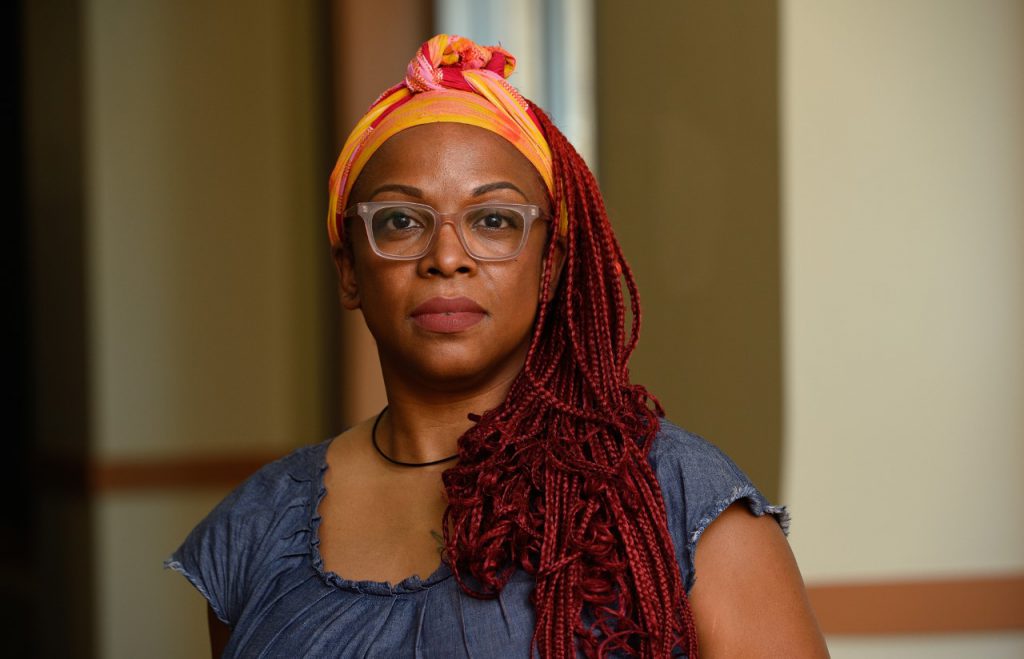 Angela Koukoui, an alumna of the College of Information Studies at the University of Maryland (UMD iSchool), attended many of the dance classes offered at the CAP while growing up in Baltimore during the late 1980s. She reflects fondly on her many days spent at the CAP and their impact on many Black Baltimoreans, remarking that “it gave us validation, self-worth, and a sense of being better than the circumstances [we were] in at the time.”

In 2007, Koukoui became the director for a nonprofit called Xpressive4ever Dance, Inc. She became interested in seeking out information about the CAP to learn about how its programs evolved over the years. After numerous unsuccessful online searches, she turned to the archives at the University of Baltimore where she realized just how little people knew about the CAP’s origins and impact on the city.

This lack of information led to an even more alarming discovery – many pieces of Baltimore’s history and vibrant arts culture had been systematically erased online and made largely inaccessible to the public, buried by the unconscious racial bias plaguing the library and archival fields.

This largely unknown reality for much of the Baltimore community inspired Koukoui to begin volunteering at the Special Collections & Archives department at the University of Baltimore’s Robert L. Bogomolny Library while continuing to run her nonprofit. By 2016, she became the department’s outreach and public services coordinator during which time she curated a physical exhibition which documented a timeline of the CAP’s events through photographs, ephemera, and other records. The exhibition would later be revised for a digital exhibit and added to the Omeka site between December 2020 and January 2021.

“How do you know if a city values its people? You see what they put in their museums and libraries,” said Koukoui. “My advocacy work is just trying to teach people an introduction of what preservation or community archives looks like, and it’s been gaining a lot of momentum.”

After graduating six months early with her Master’s in Library and Information Science (MLIS) degree from the UMD iSchool, Koukoui became Director of the Community Archives Program, an essential part of Inheritance Baltimore, a new reparations program for humanities education and arts-based public engagement in Black Baltimore. Launched in the Fall of 2021 in partnership with the Johns Hopkins University’s Billie Holiday Project for Liberation Arts, Koukoui and her cohort of Community Archives Fellows are using this program to bring more people of color into librarianship and empower the Baltimore community to utilize libraries for information about themselves and their history. 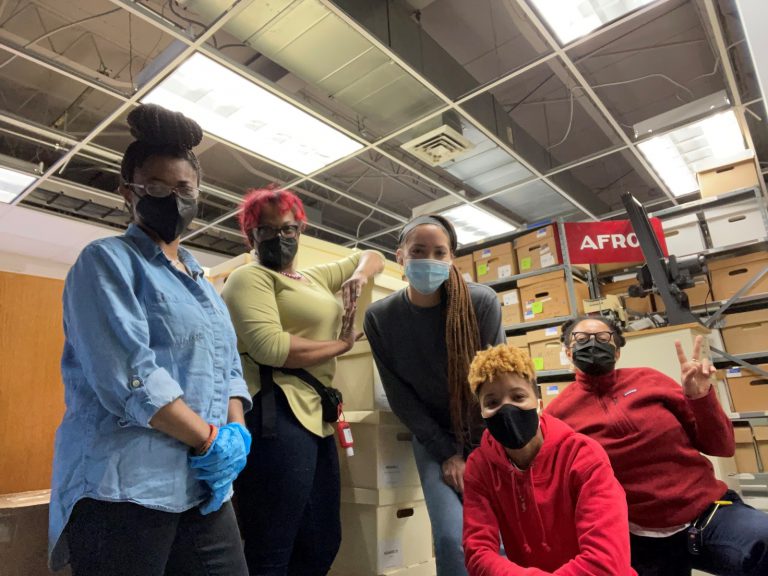 “Being Director of this project gives me a voice to go into these institutions and ask, ‘Are you providing local information? How do you get funding? Why don’t you have representation of these demographics?’ We have the best position in life to be able to disseminate information and change society for the better.”

One of Koukoui’s former Community Archives Fellows, Deyane Moses, who previously interned at the University of Baltimore Special Collections and Archives, uncovered the racial segregation present within the Maryland Institute College of Art (MICA)’s admissions policy from 1895 to 1954 wherein the College would accept only “reputable white pupils.” In February 2019, MICA released a memo acknowledging and apologizing for their admission policy, citing Moses’ senior thesis project titled “Blackives: A Celebration of Black History,” a compilation of historical documentation honoring promising black artists who attempted to study at the MICA but could not. Moses is now the Resource Archivist for the newspaper, AFRO, following in the footsteps of two UMD iSchool alumnae, Cary Beth Cryor (MLS ‘86), and Ja-Zette Marshburn (MLIS ‘13.).

“That’s the best outreach you can possibly get. You have someone who has a large platform already, who’s an artist that’s wanting to be an archivist and learn about the process of information and what that looks like for her community.”

The Inheritance Baltimore team at the University of Baltimore is currently processing a collection containing 60 boxes (about 43 linear feet) of photo prints, negatives, slides, and contact sheets compiled by Robert Breck Chapman, a staff photographer employed by the City of Baltimore between 1971 and 2002. Chapman initially took these photos to the municipal archives, where they were rejected based on records retention schedules. He then placed the collection with the Eubie Blake Cultural Center in Baltimore, where they were thrown out during building renovations. He salvaged what was left of the material and gave it to the University of Baltimore. 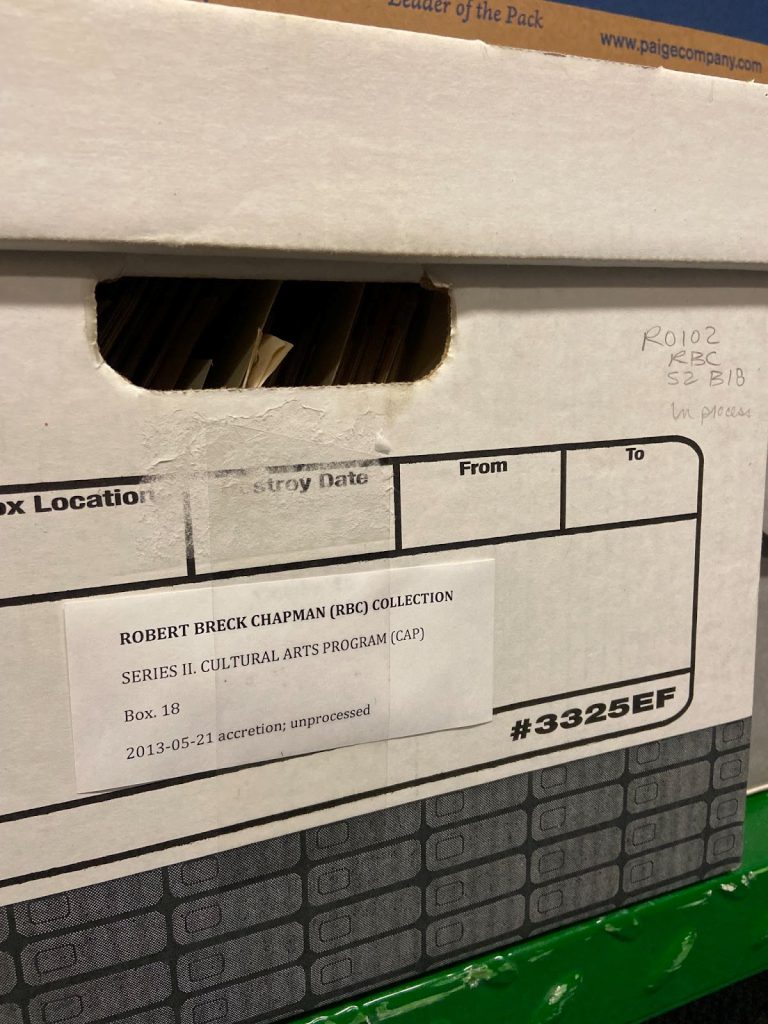 One archival box from the Robert Breck Chapman Collection

In addition to her work with Inheritance Baltimore, Koukoui is currently coordinating a collaboration with several other GLAM institutions to launch a three-day training for the Baltimore community on how to conduct oral histories – the collection and study of historical information about individuals, families, important events, or everyday life using audiotapes, videotapes, or transcriptions of planned interviews. These training sessions, which will be offered this upcoming Spring, will educate attendees on how to conduct oral histories, as well as how to write up contracts to copyright, process, and save them.

Koukoui continues to hone her artistic craft while incorporating her archival background in the classes she teaches. In March, she will be running classes at Oldfields School where she plans to present artifacts from the Eva Anderson’s Baltimore Theater Dance Collection, which highlights the history of Baltimore’s longest-running professional Dance Company, the Baltimore Dance Theater.

“Everything in my life is connected to archives, even my family!”

During her first semester in the MLIS program, Koukoui enrolled in a genealogical class with Dr. Mary K. Mannix where she was able to continue prior research on her family’s past. This course would lead to Koukoui’s startling discovery of 88 acres of land owned by her family in Frederick County, MD. She took this information to the Frederick Archives Society who confirmed her findings and discovered they weren’t able to designate any living next of kin, despite a deed with her grandfather’s name that she found during her genealogical research. Angela’s family is still in the process of figuring out how to acquire this hidden land, which has been “the talk of the family for the last two years.”

“Information to me is not just people learning; it’s people valuing themselves and getting a better understanding of who they are and their surroundings. We have a lot of work, but I’m looking forward to getting people excited and getting people of color interested in this field. It’s not just a lady in a sweater giving you books; it’s much more than that.”