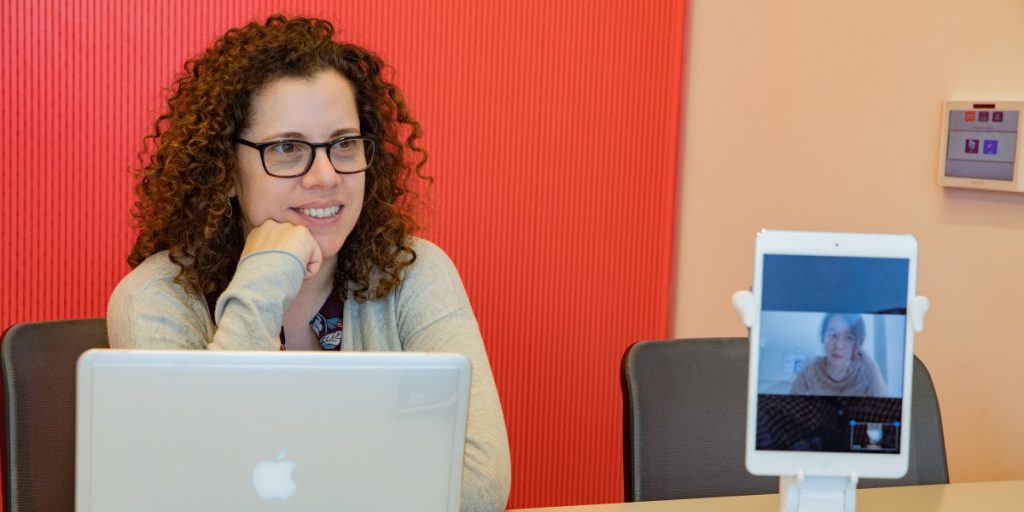 University of Maryland College of Information Studies (UMD iSchool) researchers, led by principal investigator Dr. Susannah Paletz, have been awarded a three-year $616,700 grant funded by the Army Research Office (ARO), overseen by ARO Program Manager Dr. Edward Palazzolo. This project examines how teams of intelligence analysts can work together and with artificial intelligence (AI). AI has the potential to support intelligence analysts in reviewing potentially hundreds of thousands of source documents, pulling out key findings, and assembling them into actionable intelligence. AI can also aid in the flow of information and projects among members of the intelligence team, improving the efficiency and accuracy of their work.

“AI-driven technology has sometimes been touted as a replacement for human intelligence,” said Dr. Adam Porter, the project’s co-principal investigator, professor at the UMD Department of Computer Science, and Executive and Scientific Director of the Fraunhofer USA Center for Experimental Software Engineering (CESE). “In practice, however, AI doesn’t always work, or gives limited or biased answers. Human oversight is still required, and it’s therefore critical that we deeply understand how humans and AI can work best together.”

The Human-Agent Teaming on Intelligence Tasks project coordinated through the iSchool will focus on two particular research areas; 1.) how interactive AI agents, such as chatbots, have the ability to mitigate or exacerbate the communication and coordination problems that can occur with shift handovers of intelligence work, such as inaccuracy blindness and overlooking potentially relevant information, and 2.) examining how humans could potentially deal with these blind spots, biases, or inaccuracies.

The research team plans to develop an experimental infrastructure to help test team cognition challenges within the work completed by intelligence analysts consisting of task-relevant input materials, such as mission descriptions and source documents, activity recording tools, experimental monitoring capabilities, and different AI supports for human analysts, such as chatbots offering advice on a particular task.

“We want to develop a task that can raise the problems with asynchronous team cognition in intelligence tasks, but is simple enough to be used by research participants with minimal training,” said Dr. Susannah B.F. Paletz, research professor at the UMD iSchool, and affiliate at the UMD Applied Research Laboratory for Intelligence and Security (ARLIS).

This task will substantially increase insight into the strengths and weaknesses of AI technology to support intelligence tasks, help shed light on how and when human analysts can safely place their trust in AI technology, and how they can proactively identify problems in AI-generated input. It will also aid teams of humans, including asynchronous teams, working together in situations that include AI-generated input.

“This basic research is an important step in the early process of learning how humans and agents can collaboratively become a single team with considerably greater capacity and productivity than human only teams,” Palazzolo said. “Moreover, this research has broad implications into the work of many teams focused on knowledge work and information management such as medical teams involved in shift work, collaborative software development teams, and research teams.”

Outside of UMD, Dr. Aimee Kane, the Harry W. Witt Faculty Fellow and an Associate Professor of Management in the Palumbo-Donahue School of Business at Duquesne University, will be a consultant and an intellectual contributor on this project.

ARO is an element of the U.S. Army Combat Capabilities Development Command’s (CCDC) Army Research Laboratory. The Human-Agent Teaming on Intelligence Tasks project (grant no. W911NF-20-1-0214) is slated to run through June 30, 2023.