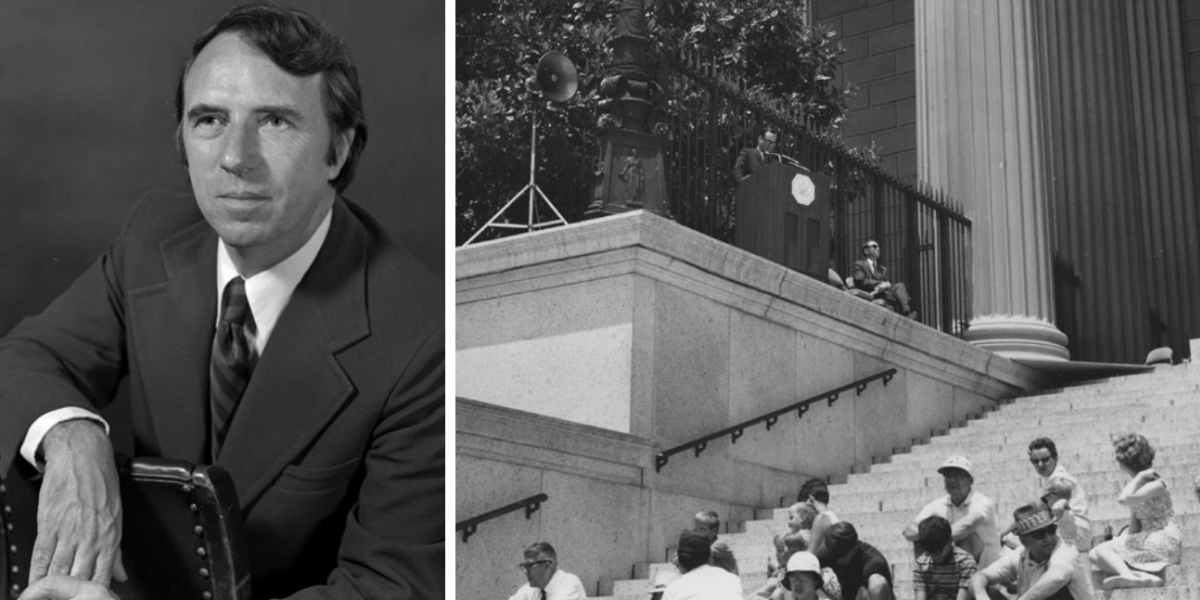 Frank Burke (seated) at the July 4, 1969 ceremony on the Constitution Avenue steps in Washington, D.C.

What do the Library of Congress, the University of Maryland and the future leaders of archival preservation have in common? They’ve all been positively transformed, thanks to the hard work and ingenuity of a late professor emeritus, Frank Burke.

Burke’s time in the Washington, D.C., area began at the Library of Congress, where he helped develop an automated control system using one of the library’s first computers. He went on to develop an indexing system at the National Archives specifically for archival collections, which helped lay the groundwork for making archival information easily accessible in the forthcoming digital age. He was later instrumental in bringing the National Archives to College Park, a resource that makes research possible for numerous students and scholars in the region.

Burke served as a professor of library and information services at Maryland beginning in the 1970s, where he coordinated the History and Library & Information Science graduate program. 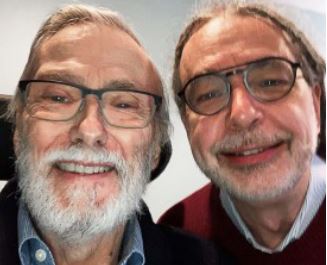 When Burke passed away in 2015, David McCartney M.A. ’98, MLS ’98 and his husband, James Petersen, decided there was no better way to honor the professor who changed his life than to create the Dr. Frank G. Burke Endowed Graduate Research Award. The award supports students conducting research in the field of information science associated with archives or digitization of archival materials.

“It was the spring of 1994. I was going on 38 years old and contemplating a change in livelihood,” says McCartney. “It was through learning about the HiLS dual degree program that I became aware of Dr. Burke’s pioneering efforts in archival education.”

When McCartney visited the University of Maryland, the director of student services introduced him to Burke. “He was at his desk and probably preparing for a lecture that afternoon,” McCartney says. “But he dropped whatever he was doing and showed me the school, the library, the resource center, and he invited me to his lecture. By the end of the day, it was a done deal. Maryland would be the choice, and I credit Dr. Burke for that.” After graduating from Maryland, McCartney went on to a successful career in the field, recently retiring after 21 years as the university archivist at the University of Iowa.

Thanks to the Burke Endowed Graduate Research Award, students have the opportunity to participate in research not only on the College Park campus, but wherever their research interests take them—including the Library of Congress.

“Our graduate programs have launched students into careers in archives and libraries of universities, states, communities and at the national level,” says Keith Marzullo, dean of the College of Information Studies. “We’re grateful for these gifts and how they support our graduate programs.”

The impact Burke had on archival work and on budding archivists —like McCartney when he entered his graduate program at Maryland—is immeasurable. Endowed awards such as this one help the university attract stellar graduate students who utilize this type of support to quickly advance their research and discoveries.