The High John Library (1967): Shaping the Future of Libraries as Community Resource Centers 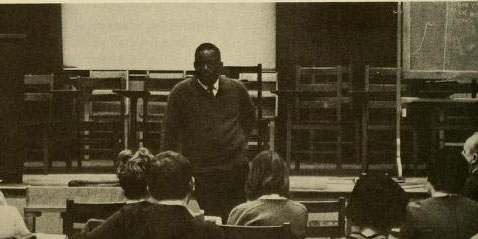 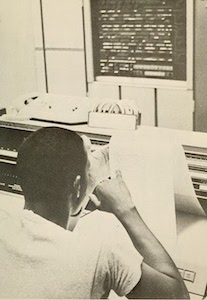 Situated less than ten miles from the University of Maryland’s College Park campus, the opening of the High John Library in the 1960s was one of the College of Information Studies’ earliest diversity initiatives. Located in Fairmount Heights, the High John was an experiment in creating a library that would serve as a resource center for the local community. Fairmount Heights, a predominantly black community, had limited educational and cultural resources available to its residents. The library worked to meet these needs, while also serving as a learning lab for students in the Master’s in Library Science (MLS) program.

The High John, named after an African American folk hero from the era of slavery, was the first library in Prince George’s County to be located within an economically deprived community. The library opened its doors in 1967 and provided various resources and spaces for the community to engage in – including centers for information, reading, and learning, programs tailored for children, an art room, and outdoor facilities for hosting concerts, movie showings, and more. For MLS students, the library was the ultimate field study experience, while the college’s faculty used the library as a chance to try out new ways to make library services relevant in an urban community that was suffering from wealth disparity and a dearth of resources.

By 1970, the High John had become an established community institution and was absorbed into the local public library system to better meet ongoing staffing and organizational needs. However, critics frequently attacked the High John for overstepping the established boundaries of the library profession. This was a time period when libraries were primarily still keepers of books and records, and it was abnormal to engage with communities as a resource center or to have a community driven mission. Some also argued that library students should not be educated specifically to work in underserved communities like Fairmount Heights, condemning even the High John’s usage of language and terminology tailored to the community the High John was intended to serve.

The High John project was seen as a challenge to the norms of the entire field, and fueled an unprecedented level of public activism. The backlash to the project led to students and faculty organizing a series of protests with the American Library Association (ALA), resulting in the ALA’s creation of the Social Responsibilities Roundtable (SRRT). The SRRT still exists today to promote social responsibility as a core value of librarianship and to bring greater field-wide attention to issues of equity, diversity, and inclusion.

The High John Library remains the only attempt made by a college’s library and information science program to run a public library as a central part of its education and public service mission. A dedication to diversity, inclusion, equity, and accessibility remains a central value at the University of Maryland College of Information Studies, today known as the UMD iSchool.