Rishi began his “exciting voyage of discovery” at the University of Maryland College of Information Studies (iSchool) where he pursued his fully-funded degree in Information Management, unleashing an abundance of opportunities to propel his future career in information security and analytics forward. 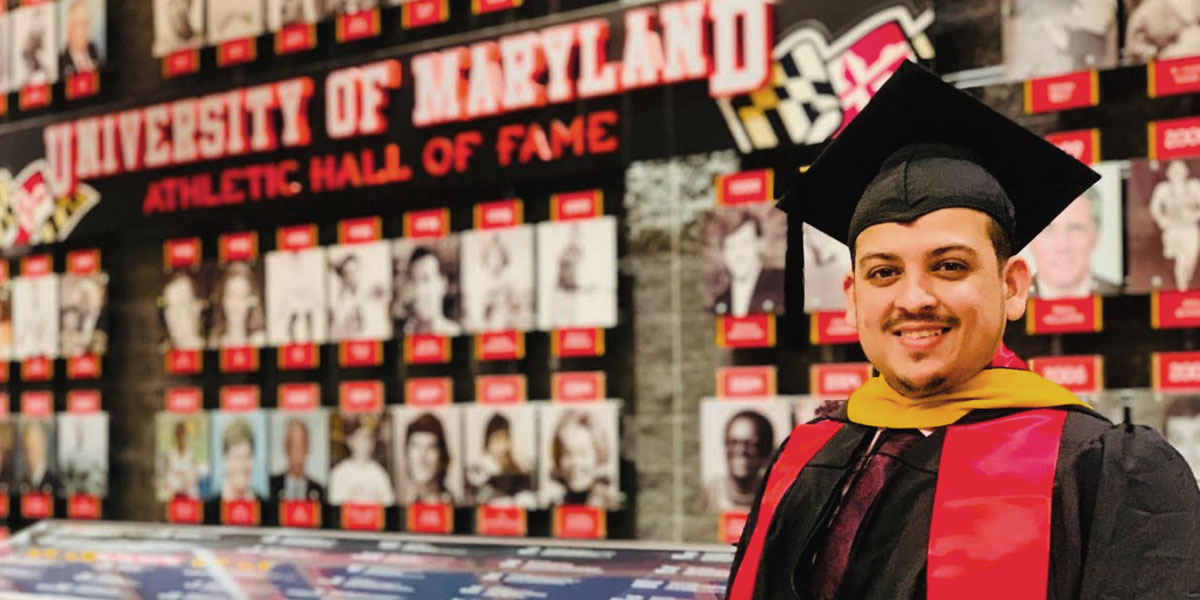 Rishi Jain, MIM ’19, arrived in the United States with an ambitious plan to build his career bricks in expedited and self-funded manner with a vision to transform business infrastructure and management. Rishi began his “exciting voyage of discovery” at the University of Maryland College of Information Studies (iSchool) where he pursued his fully-funded degree in Information Management, unleashing an abundance of opportunities to propel his future career in information security and analytics forward.

During his time in the Master of Information Management (MIM) program, he earned an iSchool grant which allowed him to travel to Los Angeles, California and publish a research paper. Just two months after his arrival to the U.S., Rishi landed an internship with the Tech Risk Advisory team at Ernst & Young, one of the “Big Four” professional service companies in the country. By the time his third and final semester at the iSchool came around, Rishi had already received three full-time job offers.

“The MIM program offers an environment for meaningful learning through cultural and global diversity. Coming from India, a country with varied beliefs, customs and cultures, I too, could contribute both inside and outside the class,” says Rishi. “The U.S. is known for innovation, open-mindedness and quest for exploring new opportunities – this program proved to be the gateway to realize my career goal of business transformation.”

After graduating from the iSchool, Rishi worked as a Technology Risk Specialist for Qubole where he operated as a “one-man army” working with big level platforms to automate audit procedures.  He now works as an Information Security Analyst for Druva in Silicon Valley where he represents Druva’s Security team and performs Third Party Risk Assessments, Vendor Reviews and Customer RFPs, customer solutions security support operations, and addresses automation challenges.

Rishi emphasizes to those pursuing a career path in Information Security & Analytics that networking should be synchronous practice alongside academic pursuits. “Building real relations in the industry with leading professionals lets one grow exhaustively in their career – so, make best use of networking opportunities within and outside of school.”

Since coming to the U.S. in 2018, Rishi has explored nearly every state in the country. When he’s not traveling, he enjoys discovering new places to visit, hosting gatherings, studying for certifications, and, most importantly, networking.