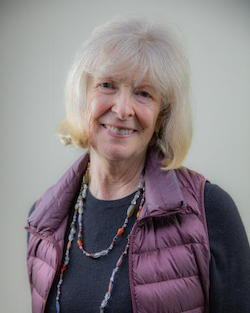 Preece comes to the role as a research pioneer in human-computer interaction, online communities, and citizen science, as well as a change-making organizational leader.

In the 1980s, when home computers were just becoming popular, Preece – newly equipped with a Ph.D. in educational technology from the Open University in the UK – became curious about the bigger picture implications of burgeoning technologies on communities. She became a Research Professor, and later Director of the Center for People and Systems Interaction at London South Bank University in London.

In the 1990s, this interest translated into a fascination with digital social media and the connection between usability and participation in online communities. Preece wrote one of the first books about online communities, “Online Communities: Designing Usability, Supporting Sociability,” published in 2000.

Preece joined the UMD College of Information in 2005 and served as Dean for 10 years. During this time, she transformed the college into an iSchool, expanded academic programs, doubled the size of the faculty and staff team, and helped the iSchool develop a substantial portfolio of research and publications. She also co-authored a pioneering textbook on interaction design, Interaction Design: Beyond Human-Computer Interaction,  published in 2011, which is in its 5th edition (2019) and is still a top interaction design textbook.

During the 2000s, Preece’s interest in how technology could foster citizen science continued to grow. Today, Preece focuses on the role of technology in citizen and environmental science, and especially on online participation and engagement and how technology can leverage the impact of citizen science. She is PI on two projects. One of these is the NatureNet project, which aims to engage members of diverse communities in local nature and environmental conservation projects of their choosing using the multitouch tabletop technology platform and other digital technologies. Participants in the NatureNet project develop and carry out citizen science activities assisted by technology. These projects also support participants’ own informal science learning using the NN technology.