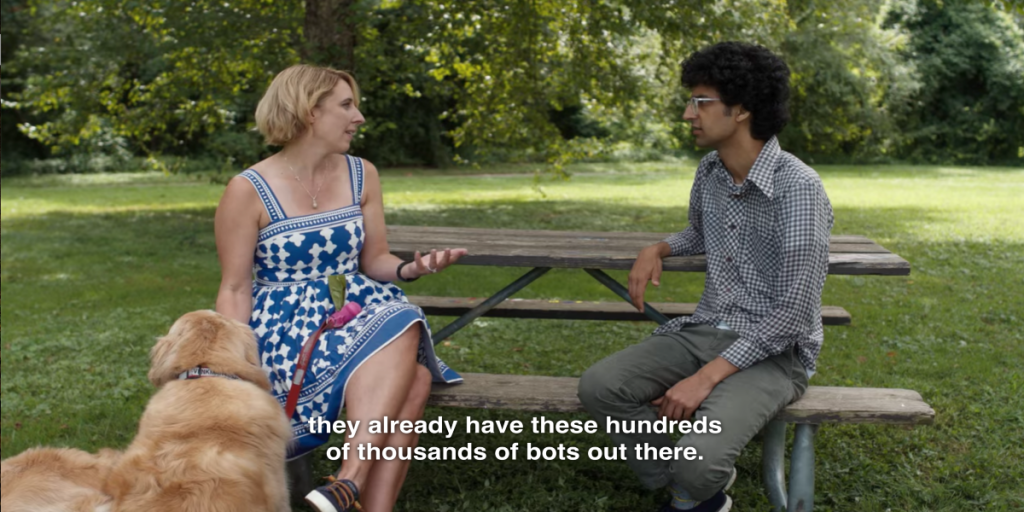 In the Netflix series Connected – The Hidden Science of Everything, Science journalist Latif Nasser investigates the surprising and intricate ways in which we are connected to each other, the world and the universe.

University of Maryland iSchool Professor Jen Golbeck appears in episode 4 of the series, where she discusses her groundbreaking research on Benford’s law, an observation about the leading digits of numbers found in datasets, and how it helped to reveal patterns in social media. However, through her research, she realized that some accounts weren’t following the patterns. This led to the discovery of thousands of Russian bot accounts.

A TechQuila article reviewing the Netflix series states, “Connected is a great documentary about how we are connected to everything and everyone around us.” The review goes on to explain how episode 4 titled, “Digits,” is particularly fascinating because “it’s amazing to see how [Bedford’s] law, something that a human being observed, can be applied to everything that we see around us, from taxes, music, sports, crime, votes, social media and the entire universe as well. You name it, and Benford’s Law is probably there.”

Dr. Golbeck studies social media, social networks, privacy, and security online. She is also the director of the Social Intelligence Lab, a part of the Human-Computer Interaction Lab (HCIL) at the University of Maryland.