She knows so much about NASA’s current projects and history, but she isn’t a scientist, she’s an archivist. In fact, she’s the first archivist in NASA Goddard’s history. 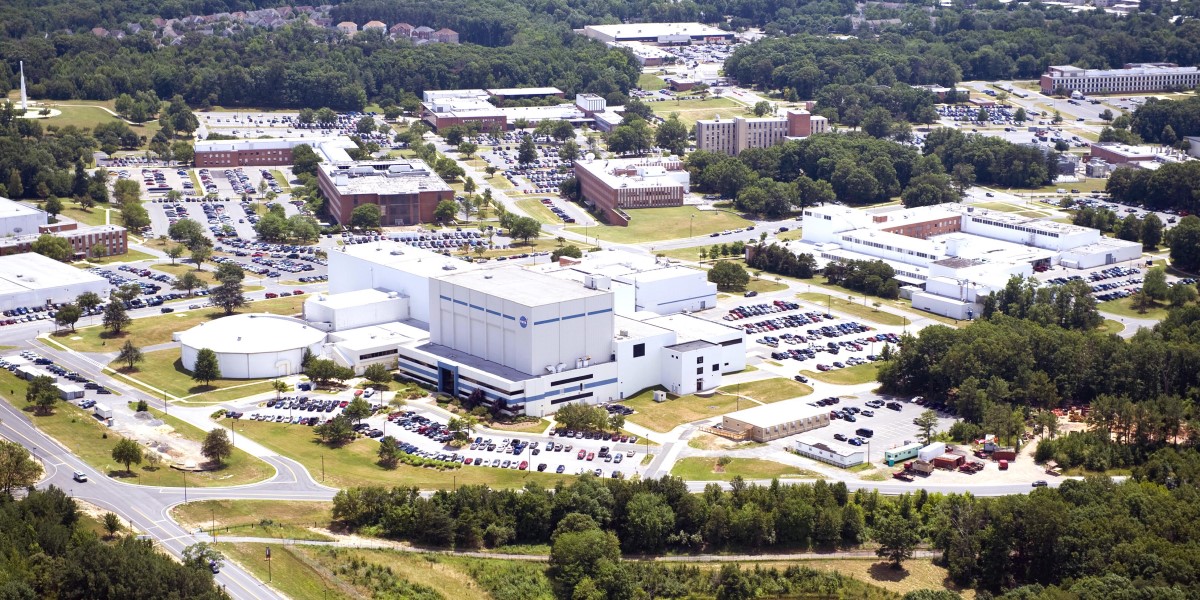 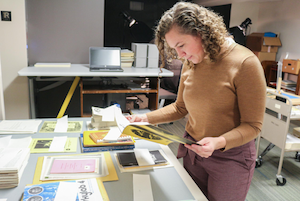 When talking with Holly McIntyre, Archivist at NASA Goddard, you begin to wonder what her science background is – engineering? Physics? Maybe astrophysics? She knows so much about NASA’s current projects and history, but she isn’t a scientist, she’s an archivist. In fact, she’s the first archivist in NASA Goddard’s history. Three years ago she was tasked with the monumental job of creating an archives at the NASA center in Greenbelt, Maryland, just miles from the University of Maryland where she had completed her Master of Library Science.

Holly explains, “There are 11 NASA centers including Goddard. Goddard does a lot of science and research. There are scientists well-versed in their fields of study; they dream up what needs to happen next in the field, what question needs to be answered. Then there are engineers and technologists who make these dreams a reality….they create something that will answer that question. It might be an experiment, instrument, something that is flown as a payload, sounding rockets, balloon launches, suborbital aircraft, and spacecraft.”

Goddard’s 60th Anniversary is this year,  meaning there were almost 60 years of history and materials waiting to be collected, organized, and stored safely when Holly began creating the Goddard Archives. She has done everything from making custom boxes that house memorabilia like models of spacecraft and pins, to implementing a digital records initiative to digitize analog records and preserve born-digital records. Currently, Holly and her team accession approximately 50-75 cubic feet of material per year.

Holly works hard to capture and preserve NASA Goddard’s history, but she’s also focused on paying her expertise forward. She actively works with Goddard’s Office of Education to create internship opportunities for current UMD iSchool students. For the last couple years, the Goddard Archives has hosted students looking to gain knowledge and experience to support their degrees. She enjoys mentoring these students and providing them with opportunities to try their hand at a variety of archival tasks and projects. One such student is Jess Deibert, a recent graduate of the MLIS program who started working at Goddard as one of these field study interns and was later employed as a Pathways Intern. She works in all aspects of the Archives, but she is especially keen on the Archives’ Bit Curator Project. This project involves using the Bit Curator operating system and suite of forensics tools to image, access, and preserve digital records born from many different formats and across many types of media, including obsolete media like 5.25” floppy disks! Digital Forensics is just one of the many ongoing projects to preserve and provide access to 60 years of history at the Goddard Space Flight Center.

NASA Goddard has a Visitor Center open to the public. If you are interested in applying for an internship or completing your field study there, please visit https://nasai.usajobs.gov/ or http://ischoolfieldstudy.umd.edu.

More from our interview with Holly McIntyre:

Most people probably assume that as a government agency, NASA’s history, documents, and materials are kept by the National Archives (NARA). But what material does the Goddard Archives keep?  “Only 1-3% of records creating by agencies are considered permanent and sent to NARA. The rest is considered temporary and will be disposed of (after a certain amount of time).” Holly separates Goddards’s created records into three categories: these permanent records, temporary, and non-record. Temporary material includes working records that allow someone to do their job. These might be copies of permanent series, or different versions that aren’t necessarily the final version. Non-record material is anything that is ephemeral: posters given out to employees, stickers, pins, personal photographs, etc. The Goddard Archives’ holdings are compiled of historically significant temporary and non-record material.

Who uses the Goddard Archives? “The first group would be people working here – like scientists and engineers who may want to see their own history so that they can build on the legacy that came before them. The second group are members of the Goddard center who want to see culturally important or historically significant records. And finally, space historians, researchers, and students.

How do you determine how long to keep material or whether to even keep it? “Appraisal interviews – If the person who has given material is available, I ask a lot of questions to determine what the material is and its value to the center and future users.” She can then decide on retention time. “I ask questions like – ‘if you were an engineer 30 years from now, would this be relevant to you?’ Is it an organizational representation or does this give us the human experience that is missing from the records sent to NARA? Is it the first of something happening?”

“What’s really interesting about the archives here is even though we’re archivists, we’re neutral in the types of records that we take, but we’re also very aware of wanting to strategically capture history. Instead of just waiting for things to come to us, we try to actively capture them…we’re very aware of what are historical programs, how can we better capture those, should we be thinking about oral histories, etc. Scientists and engineers would keep what they thought was important, but not someone keeping a history as an organization.” It’s clear that being an archivist is not only about capturing history, but making history as well. As generations of Goddardites retire and pass away, Holly must actively interview and accession material that provides evidence to the history that future users will want access to.

Holly and her team acquire both analog and digital records. They also have a digital initiative to digitize what they think will be most used by people on Center. They do “digitization on demand” when a scientist or researcher wants to access records. Holly says, “It’s difficult to have scientists and engineers from around the country come in to look at physical records. But if we’re able to digitize the material they need for reference, it’s much easier.”

How did you get to the MLS Program? Holly has a background in media (school for motion picture film) and through a job in preservation she became interested in working in a museum or archives, which she saw as the physical preservation of history. Before working at NASA Goddard, she had a long term job at NARA. This deepened her value for archives, especially the federal archives, and its mission to make its records available to citizens. “The MLS program allowed me to keep doing what I loved and move up into an archives position,” she says. The MLS supplemented her hands-on experience with the theory she learned. “The theory is huge because that’s my backbone. It keeps me straight and on my path. The archival theory, archives courses. I use it all.”

How did you get hired as NASA Goddard’s first archivist? “I came in 2015, it never had an archives and almost 60 years of history. When the job came available, I interviewed and learned that they didn’t have an archive and I would be starting it. I was so excited for the opportunity!”

Holly worked at NARA while she was an MLS student. Soon after graduating, she started working with special media in the Motion Picture, Sound, and Video Unit. Because she was working with “special media,” she was able to do all parts of the archival process: appraisal, accessioning, processing, etc. NASA was one of the agencies she did appraisal and accessioning for.

Creating an archive from the ground up is a constant learning experience. When she was first starting out, Holly contacted other centers with archives to see what they were doing and what their records look like compared to her records. She needed “to start learning what a science archives looks like, not to be confused with data centers that take raw data that come down from space.”