iSchool's Andy Fellows was one of four Committee speakers who presented a six-year plan developed to heal damage on the Lakeland community caused by urban renewal. 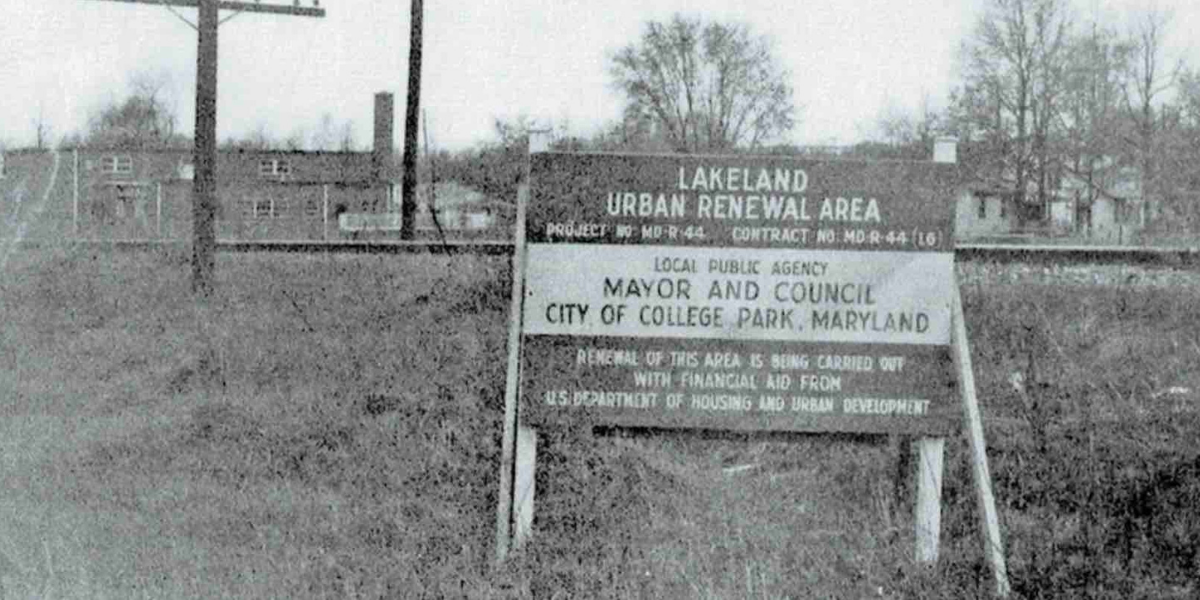 For more than six months, the College Park City Council’s Restorative Justice Steering Committee has been working on a proposal for how to implement a restorative justice effort to heal damage done in Lakeland, a historically Black neighborhood severely harmed by an urban renewal plan passed by the city of College Park, MD in 1970.

From the 1960s through the mid-1980s, the urban renewal process in Lakeland, including the Lakeland Urban Renewal Plan formally approved in 1970, demolished many family homes, displaced 104 of 150 households, and replaced much of the neighborhood with a mix of subsidized townhouses, high-density apartments largely inhabited by students, and an elder housing facility.

Earlier this month, the Committee laid out a multi-step plan (Diamondback article) to begin the restorative justice effort. The Committee presented city council members with a list of steps to “promote reconciliation and restoration” beginning with a community healing event and several public presentations to educate College Park residents on the history of Lakeland. A commission of 15 to 21 people will be created to head the restorative justice project, and each commission member will serve in two-year terms and be appointed by the mayor and council.

The depth of this loss due to the urban renewal process continues to affect heritage preservation in Lakeland today, as current residents in the City of College Park and the surrounding area often have no knowledge of Lakeland and its unique history. These restorative justice efforts could make College Park one of the first cities in the country to provide reparations specifically to undo the legacy of urban renewal.

Dr. Andrew Fellows, co-chair of the Restorative Justice Steering Committee and a Faculty Specialist at the UMD iSchool, was one of four speakers who presented the restorative justice plan to city council members, stressing the plan’s “initial goal to hold ourselves – the city of College Park – accountable for our part in what happened.”

Fellows has over thirty years of advocacy and coalition building, principally for safe and affordable energy, health care for all, and environmental and economic justice. He came to UMD in 2015 while serving in the last of three terms as Mayor of the City of College Park (2009-2015), following three terms as a member of the City Council (2001-2007). He also served 15 years as regional director of Clean Water Action and specializes in outreach and engagement, working to strengthen the collaboration of the UMD with its surrounding communities on issues of sustainability and resilience.