Alumni Spotlight: Independent Scholar Who Strives to Be an Autodidact – David B. Levy, MLS ‘94

When David Levy, MLS ’94, was a student at the University of Maryland (UMD), he spent most of his free time in McKeldin Library where he had access to a tremendous collection of books on Jewish studies. 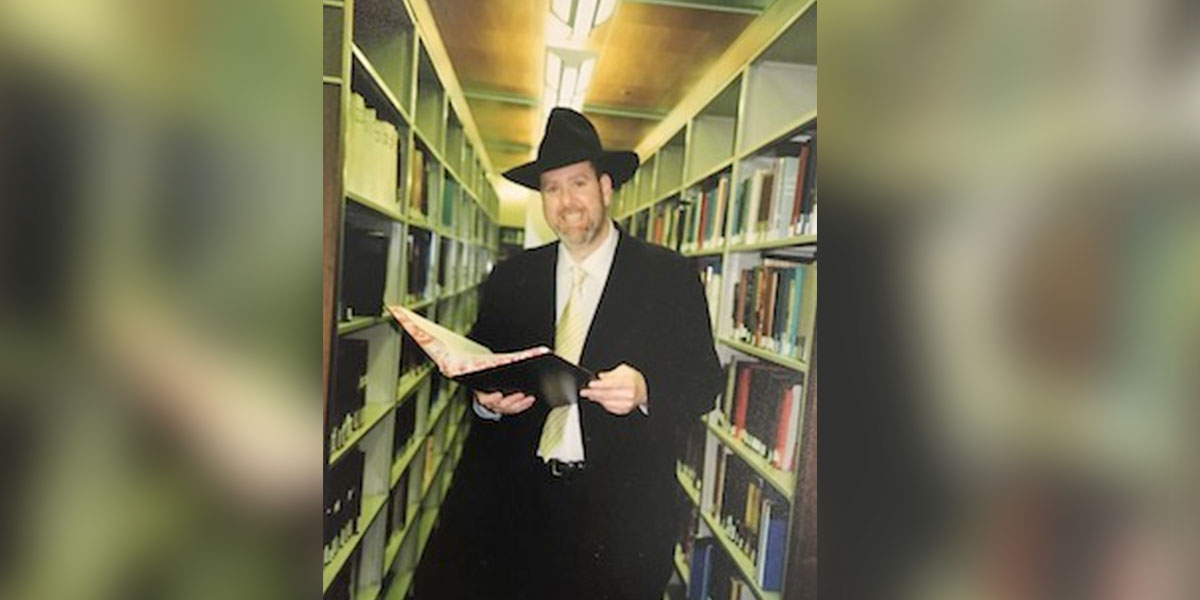 When David Levy, MLS ’94, was a student at the University of Maryland (UMD), he spent most of his free time in McKeldin Library where he had access to a tremendous collection of books on Jewish studies. He read and learned from every book on the shelves in biblical studies, Jewish law, Jewish philosophy, and Jewish history. David also enjoyed attending a number of lectures from Jewish studies professors at UMD including Charles Manekin, Bernard Cooperman, Adele Berlin, and others.

In essence, David’s Master of Library Science (MLS) degree was an autodidact double major in Jewish studies and library science. He often incorporated his research findings from Jewish studies into his coursework for the MLS program at the College of Information Studies. David is very grateful for the program’s professors for the freedom and encouragement to write his papers in areas of Judaica Librarianship.

David’s robust education at the College of Information Studies laid the foundation for his career as a library leader. Today, David serves as Chief Librarian at Lander College for Women in New York City. He is also a prolific researcher and writer on the topic of Judaica Librarianship and Jewish studies. David continues to be driven by a passion for self-teaching and has dedicated his life to the search for wisdom, understanding, and knowledge in the quest for intellectual, moral, and spiritual virtue. He is inspired by the words of Confucius, “Should we all not strive for virtue of learning for its own sake, although no one takes note?”

During his time at UMD, David valued meeting students from different nationalities, many of whom he remains connected to today. He advises current students to embrace opportunities to meet people from different backgrounds and countries. As Confucius teaches, he encourages students to study, practice, and share what they have learned – particularly with friends from distant places.