Concluding a 34-year career at UMD that is marked by many notable contributions in research, scholarship and service. 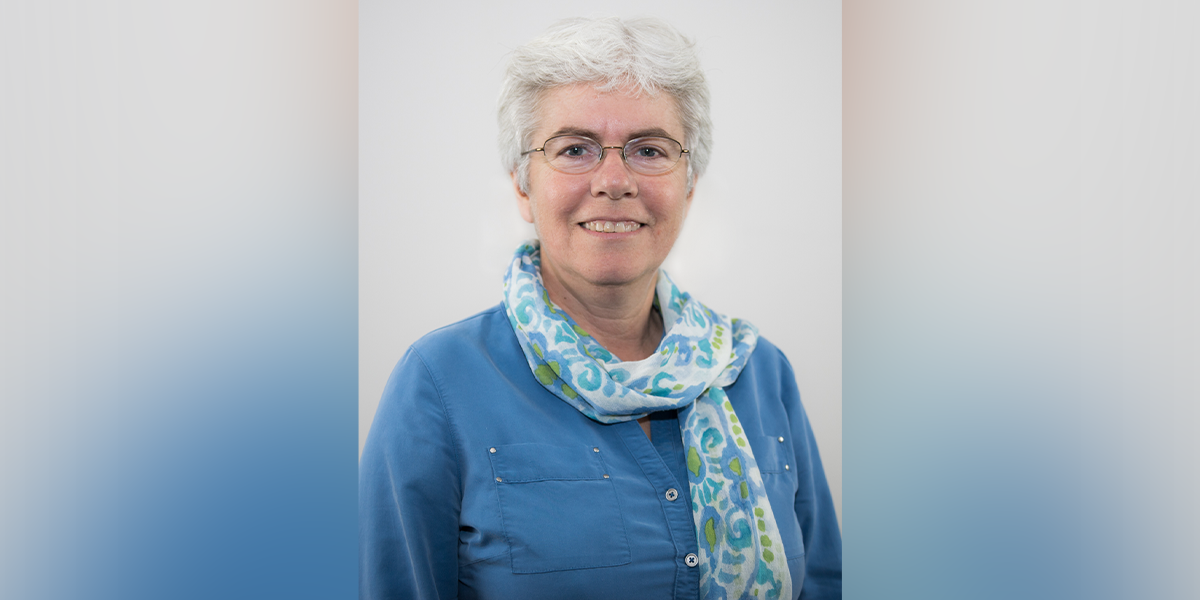 An internationally renowned expert in human-computer interaction and information visualization has retired from the University of Maryland, concluding a 34-year career at UMD that is marked by many notable contributions in research, scholarship and service.

Catherine Plaisant, a senior research scientist in the University of Maryland Institute for Advanced Computer Studies (UMIACS), officially retired on June 4, 2021. She came to UMD in 1987, joining what was then a nascent scientific community focused on how humans interact with computers and technology.

Plaisant was instrumental in the development of numerous novel ideas and technologies, many of which are ubiquitous today. Much of her work at Maryland has been in close collaboration with Distinguished University Professor Emeritus of Computer Science Ben Shneiderman, the founding director of the university’s Human-Computer Interaction Lab (HCIL).

From early high-precision touchscreens that have evolved into modern smartphone interfaces, to innovative visualization tools that help physicians keep track of patient care, Plaisant’s research and scholarship have left a resounding mark on the scientific community at large, especially on her colleagues at Maryland.

“Catherine’s contributions to human-computer interaction in general—and information visualization in particular—can’t be overstated,” says Niklas Elmqvist, a professor in the College of Information Studies (iSchool) who is the current director of HCIL. “Even when I was a mere Ph.D. student starting my own research, her work on evaluating visualization was formative for my own work, and her interaction-focused approach to complex visual representations was inspiring.”

Plaisant has published more than 200 academic papers on diverse subjects such as information visualization, digital libraries, universal access, image browsing, digital humanities, technology for families, and evaluation methodologies. Her research has been cited(link is external) more than 35,000 times.

Working with Shneiderman, and in later editions with Elmqvist as well, she co-authored the 4th, 5th and 6th editions of “Designing the User Interface,” considered one of the preeminent works on the subject of human-computer interaction. 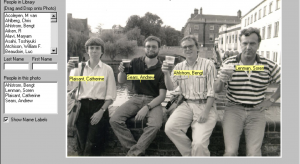 Another advancement attributed to Plaisant and Shneiderman are photo annotation and finder systems (see example on right). This innovation formed the basis for what we now use to tag people in photos on social media platforms such as Facebook. Dynamic queries for database searches, query previews, and treemapping—a method of visually organizing hierarchal data, were also developed by Plaisant and Shneiderman. Her work on query previews was the inspiration for faceted search interfaces, which are now widely used in e-commerce websites.

“Catherine deserves recognition and celebration for her contributions to the field. She is a role model for others to follow in pursuing a career devoted to research in close collaboration with external partners with real problems,” says Shneiderman. “She was also an inspiration for a generation of graduate students who had the benefit of her mentorship.”

Plaisant has co-advised 18 computer science Ph.D. theses, delivered keynotes at 12 major conferences, and was the principal investigator of more than 40 successful grants and contracts.

Last year, she received several accolades for her contributions involving research and service—including the Lifetime Service Award from the Association for Computing Machinery Special Interest Group on Computer-Human Interaction.

Plaisant was also inducted into the IEEE Visualization Academy, considered one of the highest and most prestigious honors in the field of computer visualization. At the same ceremony, she was honored with the IEEE Visualization Career Award, given to one individual annually who has made significant contributions to the field through their research. Go here(link is external) to watch her acceptance speech.

Closer to home, Plaisant has always been an integral part of HCIL, serving as interim director of the lab for a year before transitioning to her permanent role as associate director in 1997. She has been instrumental to the success of HCIL’s annual symposium.

At this year’s symposium, she presented her recent work on PK-Clustering(link is external), a social networking technique that incorporates prior knowledge while allowing analysts and the system to take turns constructing and validating groups by comparing multiple algorithms.

Plaisant earned her Doctorat d’Ingénieur degree at Université Pierre et Marie Curie(link is external) in Paris, which is similar to an Industrial Engineering Ph.D. in the U.S. Before coming to Maryland, she was a research associate at the World Center for Informatics and Human Resources in France. She currently serves as the international chair at France’s National Institute for Research in Digital Science and Automation(link is external) (INIRA).

Go here to watch a video on her career.

The original article was written by Maria Herd and posted by UMIACS on June 9th, 2021