The award recognizes a conference paper from 20 years ago whose contents have had a major impact within and beyond the visualization community. 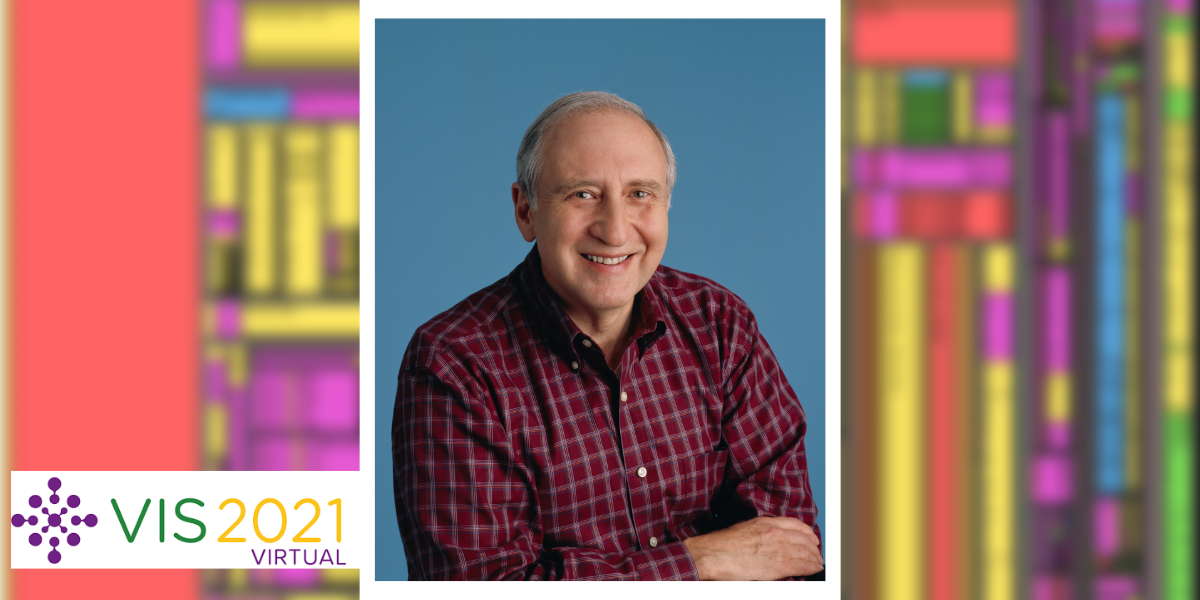 Ben Shneiderman and Benjamin Bederson, University of Maryland (UMD) experts in visualization and visual analytics, were presented with the IEEE Test of Time Award for their research papers on treemaps they co-authored two decades ago – Ordered Treemap Layouts, published in 2001 by Shneiderman and Martin Wattenberg, and a follow-up paper, Ordered and Quantum Treemaps: Making Effective Use of 2D Space Display Hierarchies.

Evolving from Shneiderman’s six-line piece of code, the duo’s treemap research sparked thousands of research studies which expand on their original tree map software, and provoked multi-million dollar graphic user-interface corporations into developing their own treemap software variations to compete with Shneiderman and Bederson’s original work conducted at UMD.

Shneiderman’s tree map software was eventually licensed and distributed through UMD’s Office of Technology Commercialization to 17 different corporations. Several other companies soon began building on their own software, including tech-giant Microsoft who added treemaps as a standard feature in its Excel software by 2013. The New York Times and other major news outlets also began using tree map software for their stories.

“It’s one of those wonderful success stories where a small problem with a solution opens up the door to many other ideas.”

“My approach was open and not patented, so people quickly got the idea and started making their own versions. There were many steps along the path with other people making contributions, because we took an open approach, compared with well-funded companies who took out patents on competing approaches. Ultimately our solution won out and the other ideas faded away,” Shneiderman remarked on the history of the treemap software evolution.

Today, every commercial information tool includes treemaps used to visually represent statistics and data used to improve understanding of complex information and effect decision making. Analyzing economic data (e.g. company budgets or comparing export data from every country in the world), reviewing patient outcomes from different medical treatments, and representing data collected by the U.S. Census Bureau are just a few of the circumstances that benefit from tree maps.

“It’s one of those wonderful success stories where a small problem with a solution opens up the door to so many other ideas.”

Shneiderman and his team were met with initial resistance while introducing the treemap tool to companies and other academic scholars. During a presentation at the University of Washington, Shneiderman used the early treemap software implemented by UMD PhD student, Brian Johnson, to scan the computer hard drives. Attendees could immediately see the lack of storage space due to three copies of a very large program filling up their hard drive.

“Visualization is one of those great things because you really can see it for yourself, and it gives you the kind of X-ray vision to look at the world that you couldn’t see any other way.”

While there were different file explorer solutions available prior to the unveiling of the UMD team’s treemap software, those methods lacked the ability to show file sizes and other critical information about a file in a clear and convenient way. The goal of Shneiderman’s treemaps tool was to develop a visual representation of a hard drive that could be viewed on a single screen and without the need for scrolling.

Originally trained as a computer scientist, Shneiderman became interested in how to improve the ways programmers work, such as redesigning the programming languages and visual interfaces they used on a daily basis. The late Dr. Azriel Rosenfeld, a distinguished professor and founder of the Center for Automation Research at UMD, approached Shneiderman about starting a human-computer interaction laboratory at the university which would help address these and other computing-related topics.

By 1983, Shneiderman founded the Human-Computer Interaction Lab which is currently housed at the UMD College of Information Studies (iSchool) and jointly supported by the UMD Institute for Advanced Computer Studies. Shortly after its founding, the HCIL received additional support from several prominent tech and engineering giants, including Apple, GE, Boeing, and IBM. The treemap methodology was one of the HCIL’s most influential innovations, along with enhanced high-precision touch screen interactivity research and the development of an early hypertext system on the IBM PC computers, a concept that was called embedded menus, but were made famous by Tim Berners-Lee using them for the World Wide Web’s hot links.

Shneiderman is finalizing a new book entitled Human-Centered AI, which will be published by the Oxford University Press. Available in February 2022, this new book is based on a series of research papers presenting a the Human-Centered Artificial Intelligence (HCAI) framework that bridges the gap between ethics and practice with specific recommendations for making successful technologies that augment, amplify, empower, and enhance humans rather than replace them. He also continues to collaborate with the HCIL on its annual Symposium which garners hundreds of researchers from across the globe to engage in discussions transforming the experience people have with new technologies.

The IEEE VIS Test of Time Award was presented to Shneiderman, Wattenberg, and Bederson during the virtual VIS 2021 Conference, the premier forum for advances in visualization and visual analytics. You can watch the full award presentation here on YouTube.