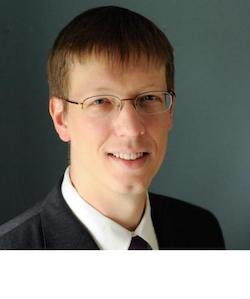 Bern’s drive to foster and enhance accessibility technologies led him to his current role as an Assistant Research Scientist at our Trace Center.  He transitioned to UMD in 2016 when the Trace Center moved to the UMD iSchool from the University of Wisconsin-Madison’s College of Engineering, where Bern obtained his Ph.D. in Biomedical Engineering. Bern was drawn to College Park and the greater D.C. area for its commuter friendliness and the proximity to policymakers working towards improving accessibility legislation. He was also pleased to enroll his children in the College Park public elementary school where they are in the Mandarin Immersion program. At the iSchool, Bern’s work focuses on research and development of the Morphic auto-personalization project, working with companies and other organizations to improve the accessibility of public kiosks and other ICT products, and assisting students to develop their IRB submissions. Bern also shares interests in human-computer interaction and user-centered design. He values the interdisciplinary nature of the iSchool and its strong focus on its inclusion efforts, of which accessibility is a core component. When not at work, you can find Bern spending time with his kids, riding his bike (also his preferred mode of commuting to campus), and playing percussion.