As our InfoSci program began to grow, Fabián Faccio, already working at UMD, was drawn to its innovative nature. He joined the iSchool team as an undergraduate academic advisor in January 2019. Prior to that, Fabián spent five years working with the Associate Provost in the Office of International Affairs creating networks with many global program constituents - including the Education Abroad Office, International Student and Scholar Services, and the Office of China Affairs. Fabián is passionate about exposing students to a global learning experience and already in his time here, he has been instrumental in expanding the iSchool's undergraduate study abroad population. Fabián obtained Bachelor of Arts and Master of Arts degrees from UMCP, as well as a degree from Universidad Nacional de Cuyo in his native city of Mendoza, Argentina. As an accomplished, award-winning musician, Fabián can be found playing piano, harpsichord, keyboards, organ, and percussion with the Amadeus Orchestra, the Arlington Philharmonic, Trinity Chamber Orchestra, and the Tysons McClean Orchestra. He is also Music Librarian for the Amadeus Orchestra and Arlington Philharmonic and enjoys playing chamber music with his colleagues. 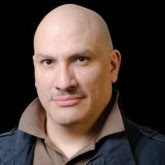