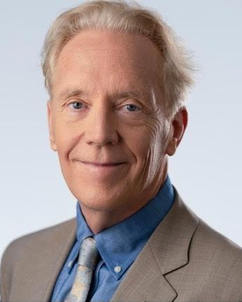 Keith Marzullo, Dean of the UMD College of Information Studies (the iSchool) since 2016, is leading the college through a period of dynamic growth driven by the growing importance of information and technology in the service of people. Since joining the iSchool, Marzullo has revitalized the college’s strategic plan, overseen the development of new academic programs in tandem with rapid growth in faculty, staff and students, and supported the expansion of the college’s research areas and expertise. He has strengthened the iSchool’s focus on developing external academic, community, and industry partnerships to enhance the college’s academic and research capabilities, while also strengthening and creating partnerships across the university.

Marzullo is on the advisory board for the National Science Foundation Office of International Science and Engineering and is the head of the North American section of the international iSchools organization. He is also an ACM Fellow, who comprise an elite group that represents less than 1% of the ACM’s global membership and who are recognized for significant contributions to the field of computation and computer science. In recent years, Marzullo’s research has focused on technology in the service of people, with a growing interest in cybersecurity, privacy, and socio-technical systems, such as technology that assists in emotion regulation.

Marzullo joined the iSchool from the White House Office of Science and Technology Policy, where he served as director of the Networking and Information Technology Research and Development program. In this role, he coordinated R&D and strategic planning activities across 20+ Federal agencies in several areas, including AI, data analytics, cybersecurity, and privacy. Prior to this, Marzullo spent five years at the National Science Foundation, where he directed the Division of Computer and Network Systems in the Computer and Information Science and Engineering Directorate.

Previously, Marzullo held faculty positions at the University of California, San Diego (where he chaired the Department of Computer Science and Engineering), the University of Tromsø, Norway, and Cornell University. Marzullo received an A.B. in physics from Occidental College and both an M.S. in applied physics and a Ph.D. in electrical engineering from Stanford University. While earning his Ph.D., Marzullo developed the Xerox Research Internet Clock Synchronization protocol, one of the first practical fault-tolerant protocols for keeping widely-distributed clocks synchronized with each other. Marzullo has contributed over 100 publications and articles to the fields of computing and information science.